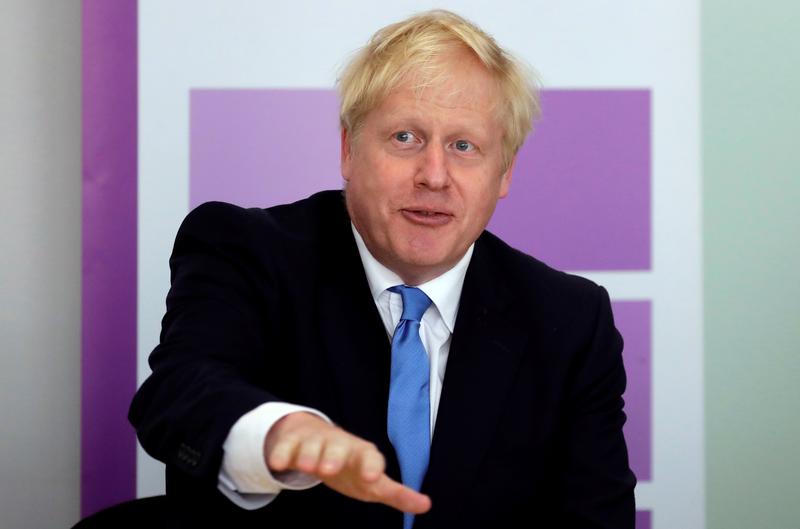 FILE PHOTO: Britain’s Prime Minister Boris Johnson speaks during the first meeting of the National Policing Board at the Home Office in London, Britain July 31, 2019. Kirsty Wigglesworth/Pool via REUTERS/File Photo

The focus on crime and other domestic issues before Britain is due to leave the European Union on Oct. 31 has fuelled speculation that Johnson is planning to call an election.

The prime minister’s office said on Sunday the review would focus on whether violent and sexual offenders were serving sentences that reflected the severity of their crimes.

Johnson, who replaced Theresa May last month, said that to ensure confidence in the system, the punishment must truly fit the crime.

“We have all seen examples of rapists and murderers let out too soon or people offending again as soon as they’re released,” he said in a statement.

“This ends now. We want them caught, locked up, punished and properly rehabilitated.”

Johnson will host senior police officers and leaders from the probation and police services on Monday to discuss his plan.

Earlier on Sunday he announced another 10,000 prison places, at a cost of 2.5 billion pounds ($3 billion), and said police would be given more powers to stop and search the public.

Johnson has repeatedly said Britain will leave the European Union by the end of October with or without a new divorce deal.

But he has a wafer thin majority in parliament – his predecessor May failed three times to win the backing of lawmakers for her agreed deal – and that and a flurry of spending pledges have sparked talk of an election later this year.