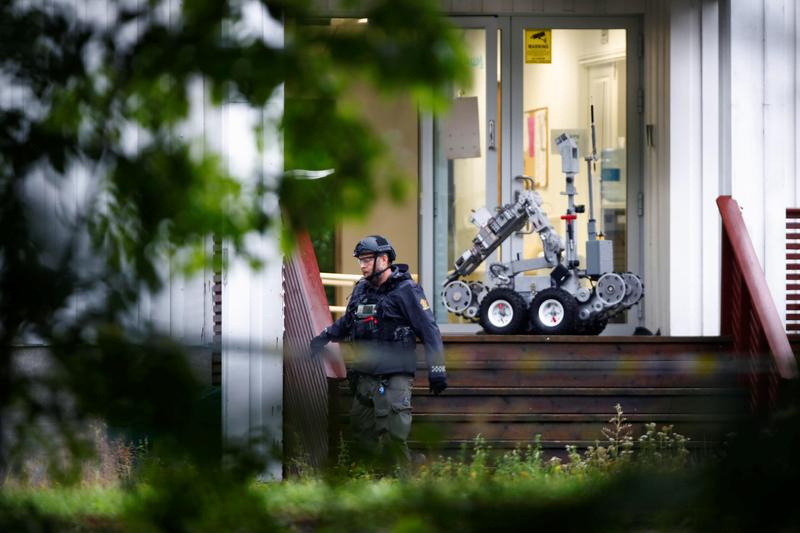 OSLO (Reuters) – One person was injured during an armed attack at a mosque in Norway on Saturday, police said, adding that members of the congregation had overpowered the gunman and stopped the shooting.

A man is seen near the site after a shooting in al-Noor Islamic center mosque, near Oslo, Norway August 10, 2019. NTB Scanpix/Terje Pedersen via REUTERS

An older man sustained light injuries, police told a news conference, but said it was too early to say if the wounds were caused by the gunshots or sustained during the attempt to restrain the gunman.

An initial statement by the police had said one person was shot in the attack.

The suspected attacker at the al-Noor Islamic Centre near the country’s capital was described as “a young white man” who appeared to have acted alone, the police added.

“He is around 20 years old, a Norwegian citizen from the area,” assistant chief of police Rune Skjold told Reuters.

The shooter, who wore body armor and a helmet, was overpowered by members of the mosque before police arrived, Mushtaq added.

Only three people were present in the mosque at the time of the attack, preparing for Sunday’s celebration of the Eid-al-Adha festival, which up to 1,000 people had been expected to attend, mosque spokesman Waheed Ahmed told Reuters.

The mosque earlier this year implemented extra security measures following the massacre of more than 50 people at two New Zealand mosques by a suspected right-wing extremist.

In 2011, anti-Muslim neo-Nazi Anders Behring Breivik massacred 77 people in Norway’s worst peacetime atrocity, the majority of them teenagers at a youth camp.