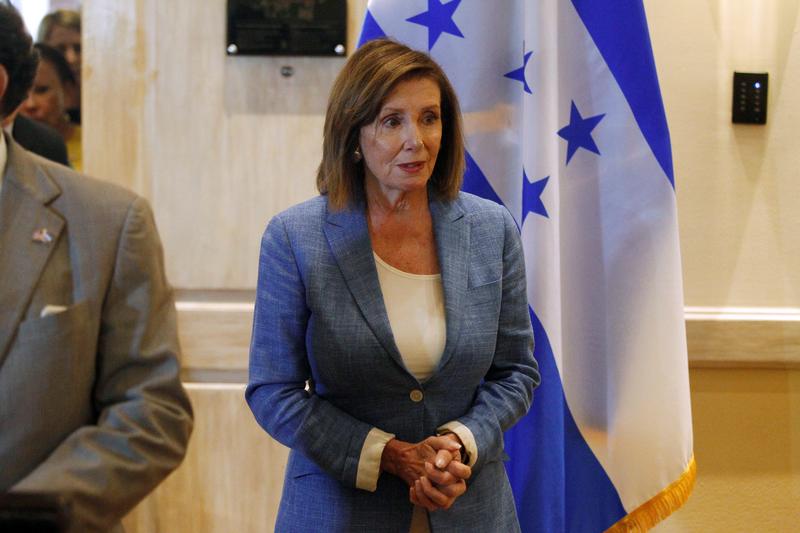 TEGUCIGALPA (Reuters) – Honduras will analyze any U.S. plan to have the Central American country act as a so-called safe third country to help contain migration north, but it has yet to receive any official proposal, the Honduran foreign minister said on Saturday.

U.S. Speaker of the House Nancy Pelosi is pictured during a news conference at the Presidential House in Tegucigalpa, Honduras, August 10, 2019. REUTERS/Jorge Cabrera

Central America has come under pressure from U.S. President Donald Trump to stop migrants reaching the U.S. border, and last month Washington struck a deal with Guatemala that requires migrants to seek asylum there rather than the United States.

“Officially, we have not received any proposal from the United States about (becoming a) safe third country,” Honduran Foreign Minister Lisandro Rosales said. “If we receive it, we will look into it, analyze it and make decisions.”

Honduras, Guatemala and El Salvador are three of the most violent and impoverished countries in the Americas, and critics of the Trump administration plan are skeptical they could cope with a potential surge in asylum applications.

House of Representatives Speaker Nancy Pelosi, a Democrat visiting Central America with a bipartisan congressional delegation, said during a news conference later on Saturday they had met with Rosales and the Honduran attorney general.

“The timing of our trip relates to the migration issue, which is important to our countries in the Northern Triangle as well as in the United States and Mexico,” Pelosi said.

Pelosi gave no details on whether the delegation had discussed a safe third country deal.

But she had expressed concerns about Guatemala and El Salvador’s ability to handle a safe third country accord during stops there earlier this week.

“We are neighbors in this Hemisphere and our interest in Central America and Northern Triangle is very important to all countries concerned,” Pelosi said, adding that the purpose of the trip was to promote regional security and stability.