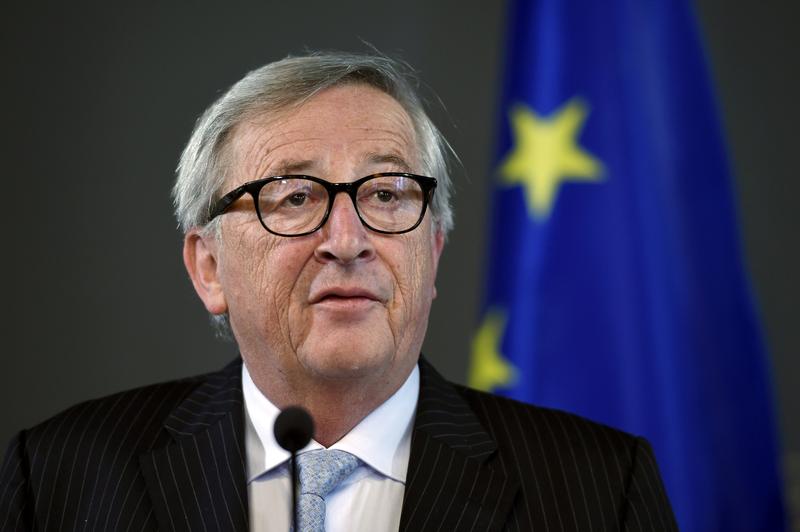 FILE PHOTO: European Commission President Jean-Claude Juncker and Finnish Prime Minister Antti Rinne (not pictured) attend a joint news conference at the House of the Estates during the visit to the College of Commissioners of the European Commission in Helsinki, Finland, July 5, 2019. Emmi Korhonen/Lehtikuva via REUTERS

Britain has been pressing the European Union to amend the terms of Britain’s withdrawal agreement, saying Brussels would have to take responsibility for a no-deal Brexit if it does not compromise.

But at the end of the day that would do the most harm to Britain, Juncker told a regional newspaper in the Austrian province of Tyrol, where he regularly spends his summer holiday.

“If it comes to a hard Brexit, that is in no one’s interest, but the British would be the big losers. They are acting as though that were not the case but it is,” Juncker told the Tiroler Tageszeitung newspaper.

“We are fully prepared even though some in Britain say we are not well set up for a ‘no deal’. But I am not taking part in these little summer games,” said Juncker, who is due to be succeeded by German conservative Ursula von der Leyen once she has put together her Commission.

The European Union has said the withdrawal agreement negotiated by the previous British administration led by Theresa May will not be re-opened. Johnson says it wants a key element of that deal, the so-called Irish “backstop”, to be scrapped.

The backstop, agreed between Brussels and May’s government, aims to keep the border between the Republic of Ireland and British-ruled Northern Ireland open, and would effectively keep Northern Ireland within the EU’s single market if no alternative arrangement can be found.

“We have made clear that we are not prepared to hold new negotiations on the withdrawal agreement but only to make certain clarifications in the framework of the political declarations that regulate future relations between the United Kingdom and European Union,” Juncker said.

“We are well prepared (for no deal) and I hope the British are too.”