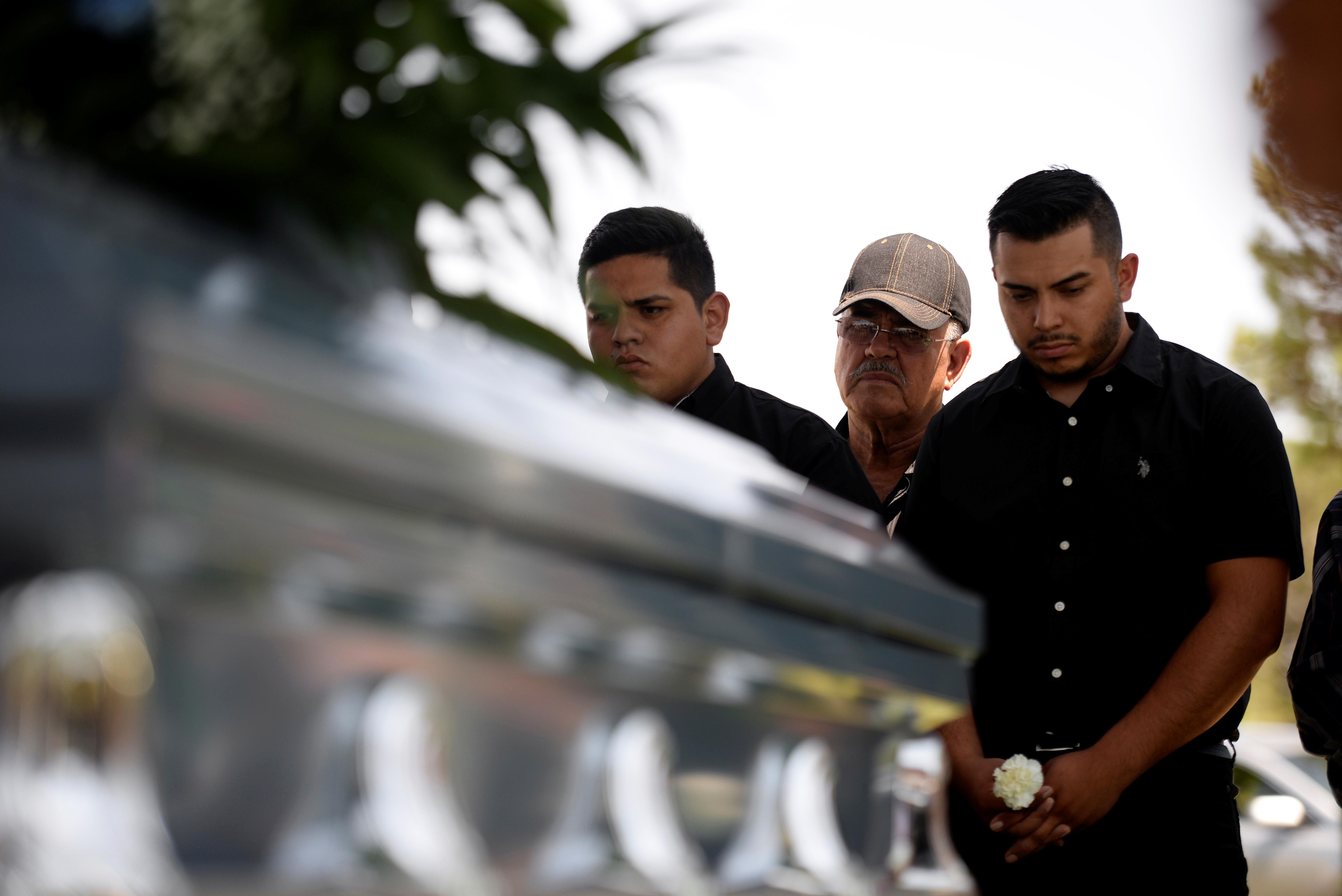 EL PASO, Texas (Reuters) – Democratic presidential candidate Beto O’Rouke on Saturday joined a march in the Texas border city of El Paso to condemn last week’s mass shooting there, telling the crowd that President Donald Trump was partly responsible for the hatred that inspired it.

The gunman, identified by authorities as 21-year-old Patrick Crusius, killed 22 people, most of them Hispanic, when he opened fire at a Walmart store last Saturday. He confessed while surrendering and told police he was targeting “Mexicans,” according to an El Paso police affidavit released on Friday.

Before the rampage, the suspect posted a manifesto online that was rife with anti-immigrant hatred, law enforcement agencies said.

O’Rourke has said the Republican president shares some blame for the shooting, saying the president has stoked racial divisions with his harsh words and policies to stem the flow of immigrants into the United States.

“Not only did El Paso bear the brunt of this hatred and this racism perpetrated not just by white nationalists and terrorists and Klansmen and neo-Nazis but by the very president of the United States of America himself,” O’Rourke told the crowd on Saturday.

The White House could not immediately be reached for comment.

O’Rouke, a former U.S. congressman who represented a district that includes El Paso, joined more than 100 people in the march, which began at a park and ended at a courthouse, across the street from the jail where Crusius is held.

Crusius, who drove hundreds of miles from a Dallas suburb to the U.S.-Mexico border where he carried out the slayings, has been charged with capital murder. He is being held without bond.

“This community also holds the example and the solution to a country that has never been more divided than it is right now,” O’Rourke said. “This has been the epicenter of the civil rights movement in the state of Texas.”

Trump on Wednesday said on Twitter, “The Dems new weapon is actually their old weapon, one which they never cease to use when they are down, or run out of facts, RACISM!”

Jessica Coca Garcia, who was shot in the legs last Saturday and whose husband also was wounded in the Walmart attack, struggled to rise from a wheelchair to speak to the crowd.

“Racism is something I always wanted to think didn’t exist,” she said. “Obviously it does.”

Since the shooting, and a second massacre on Sunday in Dayton, Ohio, Trump has signaled support for expanding background checks for firearms purchases.