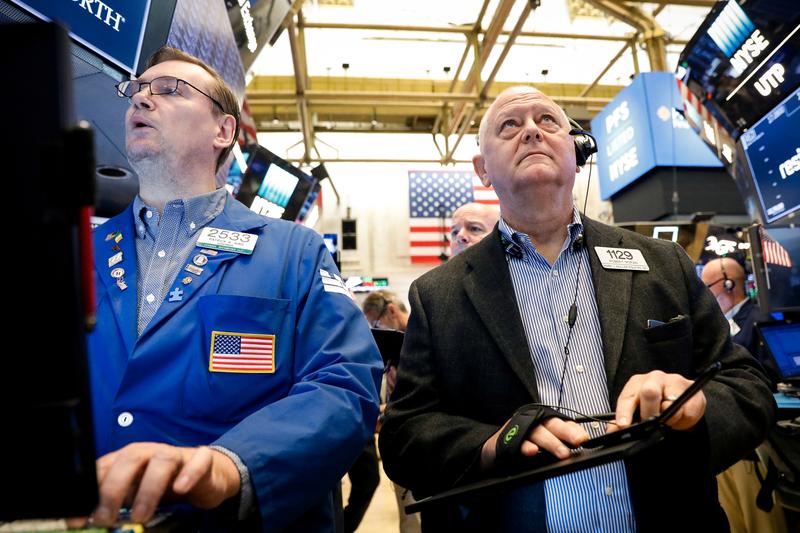 President Donald Trump said the United States and China were pursuing trade talks but he was not ready to make a deal, fanning fears over the impact of the trade war on the global economy.

The week was marked by wild swings, but indexes finished nearly flat on the week. This week’s volume on U.S. exchanges was also the biggest weekly total of the year, exceeding 41 billion shares.

On Friday, all three indexes were down more than 1% in early trading and rebounded later in the session, with the Dow briefly turning positive at one point. This left a 315-point swing between the blue-chip index’s high and low of the day.

“As volatility has picked up, you’ve gotten more interest on the part of traders, and that in turn has led to even higher volume,” he said. “When you get moves like this and reversals, it brings a lot of high-frequency traders in and short-term traders.”

Shares of chipmakers and other tariff-sensitive technology companies .SPLRCT fell, with the Philadelphia SE Semiconductor index .SOX down 1.8%.

Declining issues outnumbered advancing ones on the NYSE by a 1.99-to-1 ratio; on Nasdaq, a 2.07-to-1 ratio favored decliners.