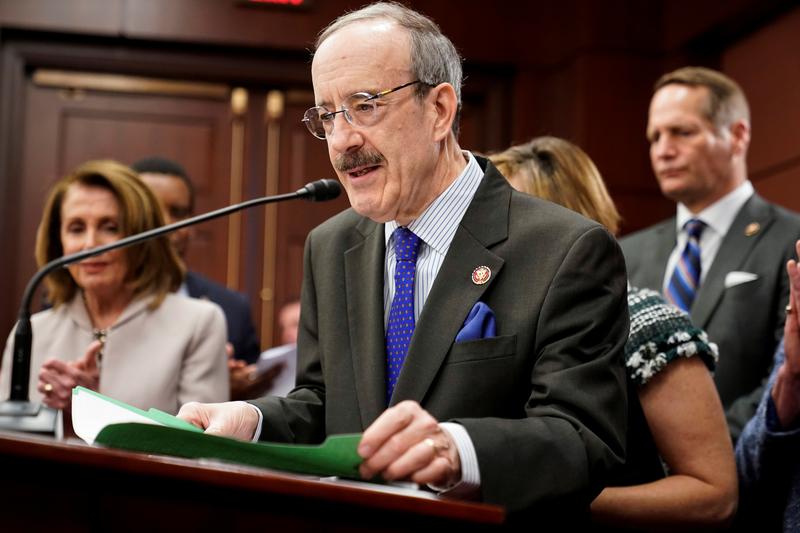 WASHINGTON (Reuters) – Republican and Democratic foreign policy leaders in the U.S. Congress came out on Friday against a Trump administration review of foreign aid that critics fear could lead to sharp cuts in funds for global health, peacekeeping and other programs.

The chairmen and ranking members of the Senate Foreign Relations Committee and House of Representatives Foreign Affairs Committee urged the heads of President Donald Trump’s Office of Management and Budget to make the money – up to $4 billion – available right away.

Foreign policy, including Trump’s warm ties to Saudi Arabia, past plans to withdraw troops from Syria and reduction in aid to Central America, has been one area where even the president’s typically loyal fellow Republicans in Congress have broken with the White House.

“These funds, which were appropriated by Congress and signed into law by the President following lengthy, bipartisan negotiations, are essential to promoting U.S. global leadership and protecting the security of the American people,” they said in a letter to OMB Director Mick Mulvaney and Acting Director Russell Vought.

The Trump administration sent a letter to the Department of State and U.S. Agency for International Development last weekend freezing and ordering a review of up to $4 billion in foreign aid that critics fear could lead to the cuts. [L2N2521S7]

Asked to comment, an administration official said the “pause” in spending was temporary and had ended now that State and USAid had sent requested information.

However, the official did not say how much of the money might eventually be reprogrammed after the review.

Under the U.S. Constitution, Congress, not the president, decides how money should be spent. Critics of the Trump plan accused the administration of trying to sidestep Congress’ authority by disregarding legislation passed previously that funded the aid.

Trump has sought repeatedly to slash funding for foreign aid and diplomacy.

“OMB should release the funding identified in the letter immediately to enable it to be obligated in accordance with current law, and immediately transmit to the Congress the legal justification OMB relied upon for withholding these funds,” they wrote.