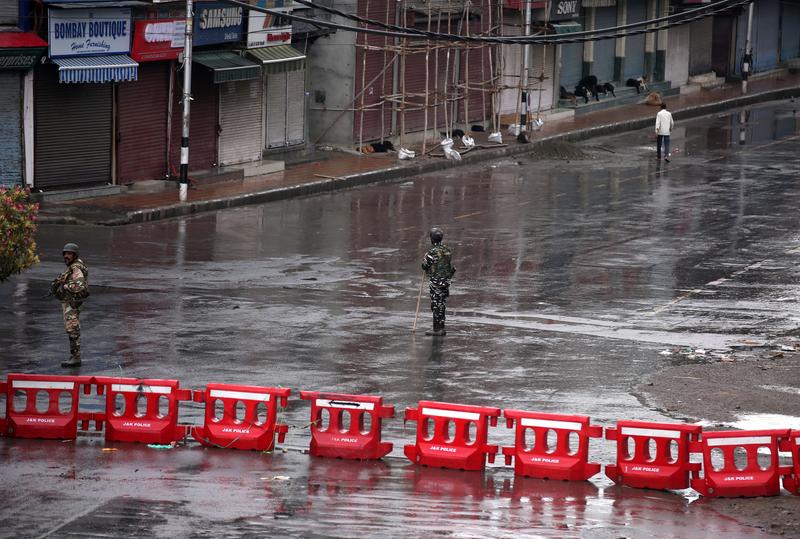 SRINAGAR (Reuters) – Authorities plan to relax curbs in India’s Muslim-majority state of Jammu and Kashmir to allow people to offer Friday prayers, media said, as a five-day lockdown damped protests over the withdrawal of the Himalayan region’s special status.

Seeking to tighten its grip on the contested region, the Indian government this week withdrew the state’s right to frame its own laws and allowed non-residents to buy property there.

Since Sunday mobile networks and internet services have been suspended, at least 300 leaders detained and public gatherings banned, effectively confining residents to their homes to stop protests in the revolt-torn region.

There will be “some relaxation” for Friday prayers, K. Vijay Kumar, an adviser to the state’s governor, told the Indian Express newspaper.

The prayers are likely to be held in neighborhood mosques, and not the main mosque in the region’s main city of Srinagar, media said.

“The forces have been given flexibility to impose prohibitory orders with minimum force and maximum compassion,” Kumar said, adding there had been only a few cases of stone pelting in parts of Srinagar.

Television showed footage of paramilitary soldiers patrolling empty streets in the city, a hotbed of the 30-year revolt in which more than 50,000 people have died.

Thousands of additional paramilitary troops flooded into Kashmir, already one of the world’s most militarized regions, ahead of Monday’s announcement of the change in the region’s constitutional status.

With a near-total telecoms blackout, there is very little news trickling out of Kashmir, regional leaders said.

United Nations Secretary-General Antonio Guterres was concerned over reports of restrictions in the Indian side of Kashmir, and warned that such action could “exacerbate the human rights situation in region,” his spokesman, Stéphane Dujarric, said in a statement on Thursday.