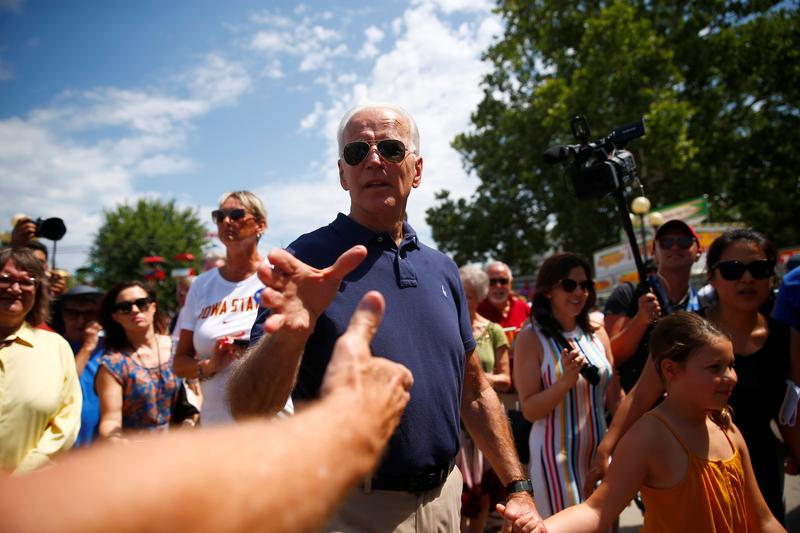 DES MOINES, Iowa/SIOUX CITY, Iowa (Reuters) – A parade of Democratic presidential hopefuls will each try to turn a few precious minutes before Iowa voters on Friday into the momentum needed to catapult their campaigns in the critical state, which will hold the first nominating contest in February 2020.

A rite of passage for Democratic presidential candidates, the annual “Wing Ding Dinner” on Friday night will feature seven-minute speeches from most of the two dozen candidates seeking the party’s nomination to take on Republican President Donald Trump in the November 2020 election.

The event, a fundraiser for the state Democratic Party that serves up piles of chicken wings, attracts activists and organizers in the Midwestern state whose support can bolster a presidential bid.

As the state that holds the first nominating contest each election cycle, Iowa plays an outsized role in picking presidential nominees. Only the top finishers in Iowa’s February caucuses will likely survive to continue their candidacies.

Underscoring the state’s importance, several 2020 candidates made Iowa their first presidential campaign stop this year. That included Joe Biden, who said he was not taking his front-runner status for granted as he returned to Iowa this week.

Speaking at the fair on Thursday, the former vice president said: “We must defeat this president to change the trajectory of this country.”

Other top-polling candidates – U.S. Senators Kamala Harris of California and Elizabeth Warren of Massachusetts – both embarked this week on bus tours across the state to try to galvanize their supporters.

Throughout the weekend, some 20 candidates will also take turns appearing at the Iowa State Fair, ascending the infamous “soapbox” to deliver their pitch to voters and take questions.

And no stop at the fair is complete without a visit to the many agriculture-related exhibits, including a life-sized sculpture of a cow made of butter, or to view the prize-winning hogs.

But the 11-day event has always carried some risks for candidates. It has tripped up a number of presidential hopefuls including Republican candidate Mitt Romney, whose infamous “corporations are people, my friend” comment at the fair haunted him during the rest of the 2012 presidential race.

Biden himself knows well how much risk there is in making a misstep in Iowa. It was here in 1987 when his first presidential campaign began to implode over allegations of plagiarism.

On Thursday, Biden, whose record on race has come under intense scrutiny in the nominating contest, was again trying to quiet a new round of criticism that he is insensitive to America’s race problems after an apparent gaffe during a speech to the Asian & Latino Coalition group in Des Moines, Iowa.

“We should challenge students in these schools. We have this notion that somehow if you’re poor, you cannot do it. Poor kids are just as bright and just as talented as white kids,” Biden said.

He paused for a moment then added: “Wealthy kids, black kids, Asian kids, no I really mean it, but think how we think about it.”

Republican President Donald Trump’s re-election campaign saw it as an opening to attack Biden, recirculating the comment and saying it is not a “gaffe” but part of a “pattern” of remarks.