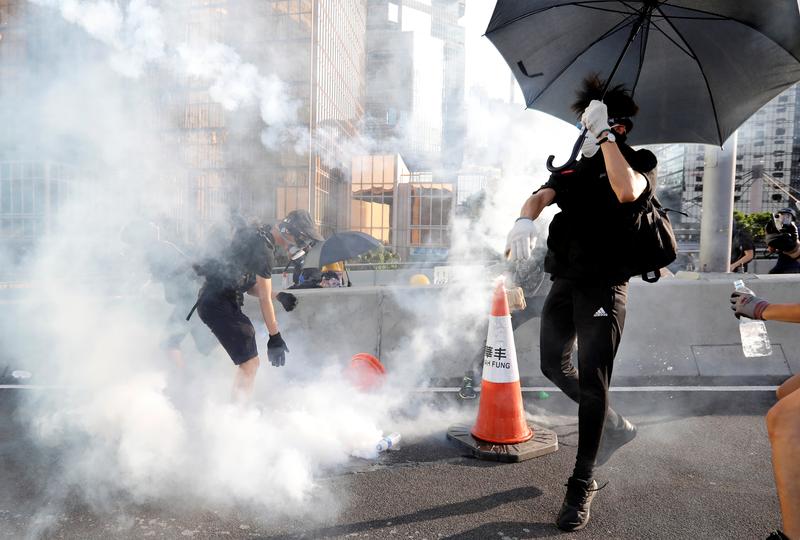 FILE PHOTO: Protesters react after tear gas was fired by the police during a demonstration in support of the city-wide strike and to call for democratic reforms outside Central Government Complex in Hong Kong, China, August 5, 2019. REUTERS/Kim Kyung-Hoon

“Chinese authorities know full well, our accredited consular personnel are just doing their jobs, just like diplomats from every other country,” Ortagus added in tweet.