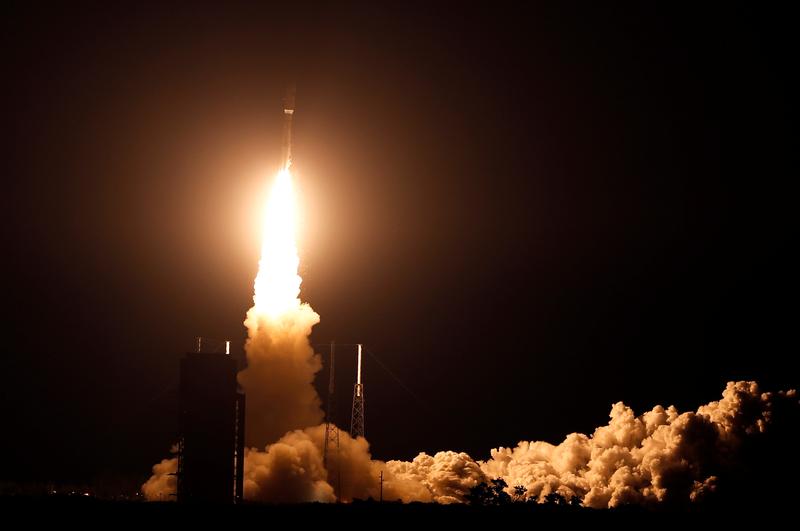 (Reuters) – United Launch Alliance, a joint venture between Boeing Co and Lockheed Martin Corp, blasted off into space on Thursday morning, one of the final satellites for the U.S. Air Force’s new secure communications network.

The satellite was launched at 6:13 a.m. (1030 GMT) from Florida’s Cape Canaveral Air Force Station atop ULA’s Atlas V rocket, the same vehicle primed to send a manned space capsule into orbit for NASA by 2020.

The Lockheed Martin-built Advanced Extremely High Frequency (AEHF) satellite is one of six in a constellation upgrade to the Air Force Space and Missile Systems Center’s older Milstar network.

The AEHF-5 mission was originally slated for lift-off on June 27, but a battery issue pushed that date to July 9. Launch was again delayed due to a mishap with a supplier’s component of the rocket, which “demands that all parts are suspect until we can prove otherwise,” ULA chief executive Tory Bruno wrote on Twitter after suspending a separate ULA launch for the Air Force over the same mishap concern.

The joint venture is transitioning from its Atlas V rocket — a legacy workhorse for U.S. national security missions — to Vulcan Centaur, a heavy-lift vehicle tailored to compete for lucrative defense contracts and wean the United States off the Russian-made RD-180 engines that power Atlas.

ULA is one of a handful of companies vying for a five-year, 25-mission Air Force contract that will be awarded in 2020 to two winners, posing a high-stakes battle between the launch stalwart and newer entrants such as Elon Musk’s SpaceX and Jeff Bezos’ Blue Origin, which are also expected to submit bids.

The $1.1 billion satellite launched Thursday marked ULA’s 74th mission for the U.S. defense department and the fifth secure communications spacecraft for the Air Force’s new constellation that will serve military-grade ground, sea and air communications for the U.S. troops, Canada, Britain, Australia, and the Netherlands. The final satellite in the constellation is due for launch in March 2020.

(This version of the story fixes typo in headline)