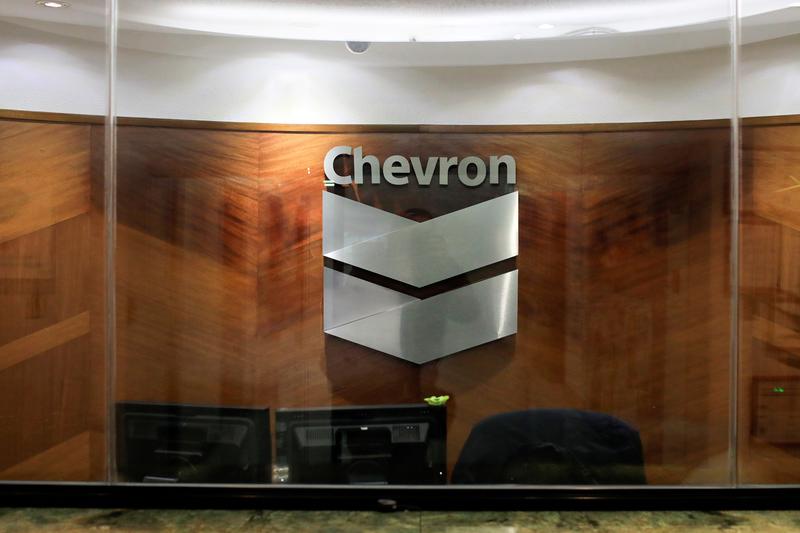 MELBOURNE (Reuters) – Chevron Corp said on Thursday it has launched one of the world’s largest carbon capture and storage projects, injecting CO2 into a deep reservoir under an island off Western Australia at its Gorgon LNG project.

FILE PHOTO: The logo of Chevron is seen at the company’s office in Caracas, Venezuela April 25, 2018. REUTERS/Marco Bello/File Photo

The carbon storage project was delayed by more than two years after Chevron discovered problems with valves and pipeline equipment during commissioning of the A$2.5 billion ($1.7 billion) injection system.

Gorgon is the biggest emitter of carbon emissions out of Australia’s 10 LNG plants, with gas from the Gorgon field containing 14% CO2. Growth in LNG exports has been a big contributor to Australia’s rising CO2 emissions, according to the Environment and Energy Department.

“We are pleased to reach the first milestone of safely starting the operation of the Gorgon carbon dioxide injection system, one of the world’s largest greenhouse gas mitigation projects ever undertaken by industry,” Chevron Australia Managing Director Al Williams said in a statement.

The facility, which will be ramped up over several months, will reduce Gorgon’s emissions by 40 percent over the life of the project, the company said.

Western Australia’s state government approved the $54 billion Gorgon project in 2009 on condition that some carbon dioxide from its gas processing operations would be stored.

Once fully up and running, between 3.4 million and 4 million tonnes a year of carbon dioxide will be buried, Chevron said.

LNG projects separate carbon dioxide before gas is liquefied to stop the gas from freezing. At other plants, CO2 is vented into the air.

Australia, the world’s largest carbon emitter per capita, emitted 538.2 million tonnes of carbon dioxide equivalent in 2018, up 0.7% from the previous year, mainly due to increased LNG exports.