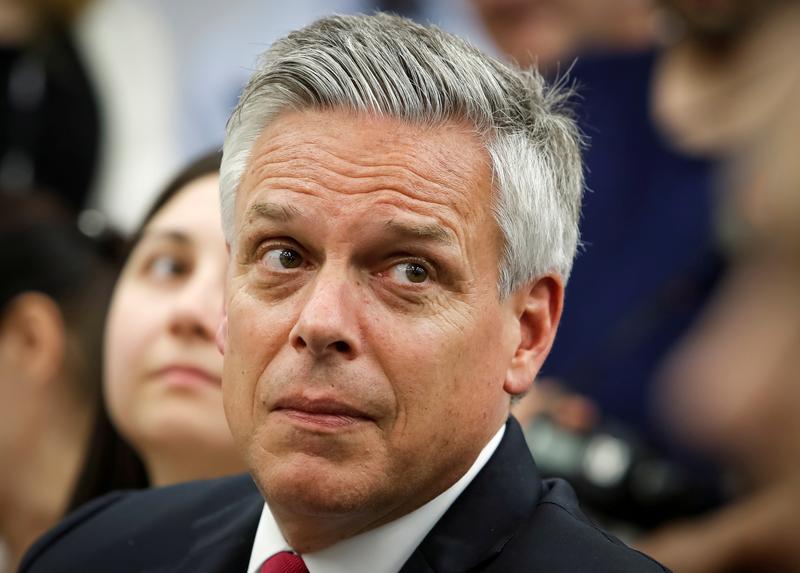 WASHINGTON (Reuters) – The U.S. ambassador to Russia, Jon Huntsman, has resigned from his post after two years as Washington’s envoy to Moscow, the State Department said on Wednesday, amid speculation he plans to run for Utah governor.

Newspaper reports from his home state of Utah said Huntsman, a former Utah governor and a candidate for the 2012 Republican presidential nomination, was weighing another run for governor and would be moving back in early October.

In an Aug. 5 resignation letter to President Donald Trump published by The Salt Lake Tribune, Huntsman thanked Trump for his vote of confidence “during this historically difficult period in bilateral relations.”

“Going forward, we must continue to hold Russia accountable when its behavior threatens us and our allies,” he wrote in the letter. “While much of what divides us is irreconcilable, there are common interests we cannot ignore.”

Huntsman is schedule to leave his post in October, a State Department spokesperson said.

His tenure in Russia came at a time of heightened tensions between Washington and Moscow over Russia’s role in the 2016 presidential election.

Huntsman was U.S. ambassador to China from 2009 to 2011 under former Democratic President Barack Obama. He has served in the administrations of five U.S. presidents.