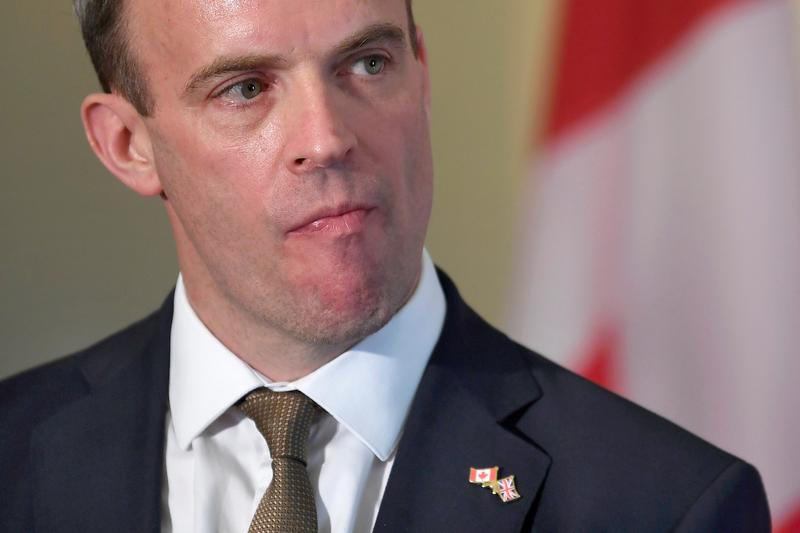 LONDON (Reuters) – British foreign minister Dominic Raab said on Wednesday after a meeting with U.S. President Donald Trump that there was a huge appetite for forging a post-Brexit trade deal between the two countries but it still would require a lot of work.

“He was effusive in his warmth for the United Kingdom – it was amazing to hear an American president talk about our country in such warm terms,” said Raab, who met Trump in Washington on Tuesday.

“We talked about all the things we want to do together in the post-Brexit vision for the UK, whether it’s getting a free trade deal done and there’s obviously going to be a lot of work to make that happen, but there’s huge appetite on both sides to achieve that.”