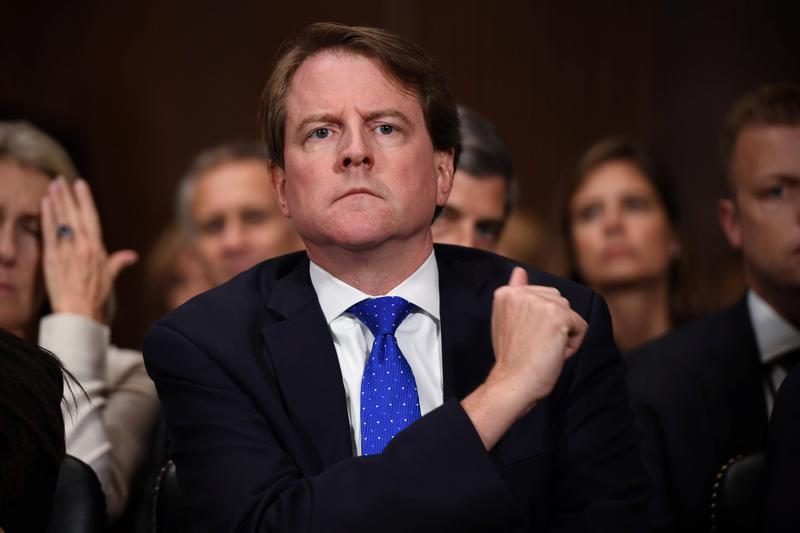 In a lawsuit filed in U.S. District Court in Washington, the committee contends that McGahn’s testimony is needed to decide whether to move forward with impeachment proceedings against the Republican president over actions that Democrats view as criminal attempts to obstruct then-Special Counsel Robert Mueller’s 22-month investigation.

The move represents the latest step toward impeachment by Democrats in the House of Representatives, who last week cited their impeachment drive in a court petition seeking access to Mueller’s grand jury evidence.

Democrats predict that the lawsuit, if successful, will dismantle a White House strategy to stonewall congressional probes by directing current and former Trump aides not to testify or provide documents to investigators.

McGahn, who emerged as the star witness in the 448-page Mueller report released in April, is viewed by Democrats as a potentially devastating witness against Trump similar to former White House Counsel John Dean, who testified against President Richard Nixon, in the Watergate era.

“Don McGahn is Donald Trump’s John Dean,” a Democratic lawyer for the committee told reporters before the lawsuit was filed.

McGahn told federal investigators that Trump pressed him repeatedly to have Mueller removed and then to deny that he had been instructed to do so.

Democrats also want McGahn to testify about alleged efforts by Trump to pressure then-Attorney General Jeff Sessions to redirect the Russia probe away from his 2016 campaign and about White House discussions surrounding the firing of FBI Director James Comey.

McGahn defied a committee subpoena to testify in May, after the White House directed him not to cooperate with the panel.

Mueller’s investigation found numerous contacts between Moscow and the Trump campaign, but did not establish enough evidence to prove that a conspiracy occurred. On obstruction, Mueller did not determine whether Trump committed a crime but also did not exonerate the president.

Russia has denied meddling in the election and Trump has repeatedly criticized the Mueller probe, calling it a “witch hunt.”

Democrats hope to learn more about the Trump campaign and presidential transition team from McGahn, who served as counsel to both entities before entering the White House.