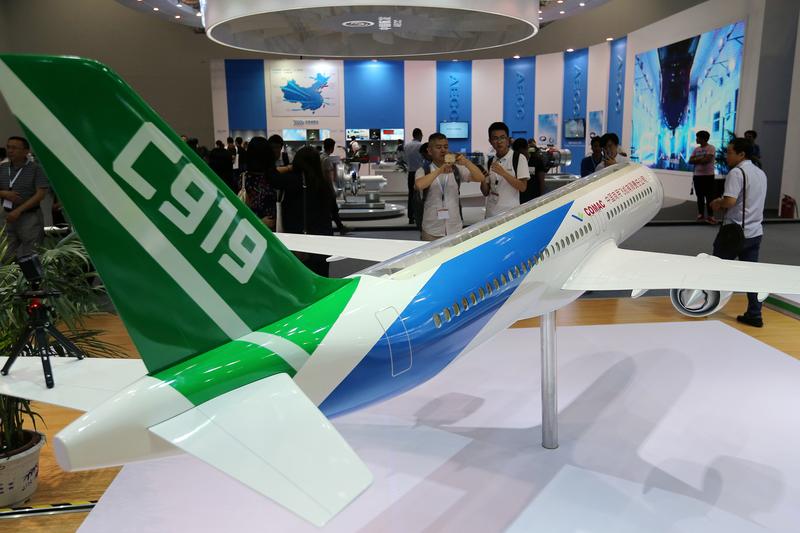 BEIJING (Reuters) – Commercial Aircraft Corp of China (COMAC) aims to obtain Chinese certification for its C919 jet in 2021, the company said, marking a delay from a previous timetable for the jet which aims to challenge Airbus SE (AIR.PA) and Boeing (BA.N) planes.

State-owned China News Service first reported on Wednesday the latest certification target for the homegrown plane, citing a speech made by the chief designer Wu Guanghui for the C919 program at a recent industry event.

A COMAC spokesman confirmed the report to Reuters, but said the date was subject to regulatory approval and the aircraft’s safety remains a top priority.

In June last year, the company said it was aiming to obtain the certification by the end of 2020. Analysts had considered the target ambitious given the test planes have flown relatively few hours since the first C919 flew in 2017.

The deputy head of the Civil Aviation Administration of China (CAAC) Li Jian said in May that more flaws in aircraft design, manufacturing, airworthiness compliance and operational suitability were being identified, as work continued for certification of the jet.

COMAC is planning to roll out two more test planes in the second half this year to speed up flight testing.

The C919 has dozens of mostly Chinese customers that have placed orders and commitments for more than 800 jets.