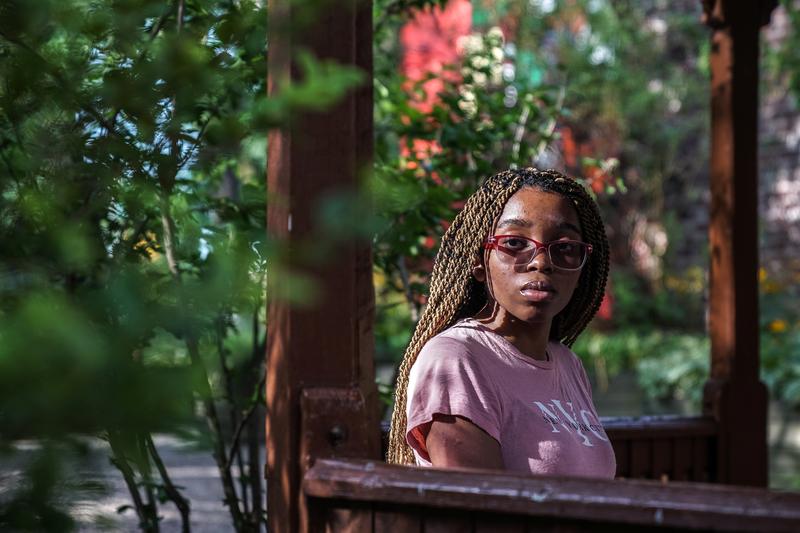 NEW YORK (Reuters) – Christine Bascombe, a New York City high school student who dreams of attending Cornell University, says she was devastated last spring to hear that dozens of rich parents had committed fraud to get their children into elite colleges.

The 16-year-old, who will enter her final year at Brooklyn’s Williamsburg Charter High School in the fall, says nearly every waking hour is dedicated to earning a spot in the Ivy League school.

“Sometimes you can work your hardest and still not get what you want,” said Bascombe. “And you feel even more powerless when you realize that these people are committing fraud to get into the schools you want to get into.”

Bascombe is one of thousands of high school students who last week began submitting applications for admission to U.S. universities for the 2020-21 school year, an annual rite for seniors that begins each August 1.

This year’s “Common Application” cycle is the first since the cheating scandal was exposed in March.

More than 30 wealthy parents, including Hollywood actresses Felicity Huffman and Lori Loughlin and prominent figures from the financial industry, were among the nearly 50 people charged in the scandal. They were accused of paying a California consultant millions of dollars to help their children get into Yale, the University of Southern California and other prominent schools through fraudulent means.

Interviews with more than a dozen low-income students and college advisers suggest the scandal heightened questions about fairness of the admissions process, and shook the confidence of some who hope to beat the long odds of getting into a top school. The acceptance rates at Harvard or Yale, for example, are around 5% to 6%, and about 14% of those who apply to Cornell are accepted.

Most of the students interviewed said they were not surprised the admissions system was tilted in favor of the wealthy. But they were outraged and felt further disadvantaged by revelations of how blatant the manipulation was in the bribery scandal.

“I feel like not much is going to change,” said Khemasia Pierce, a 17-year-old who hopes to attend the University of Rochester. “Anyone can be bought with the right number.”

A recent Pew Research Center study indicates that wealthy students still have an edge in admissions, even as most top U.S. universities say they want to increase socioeconomic diversity.

‘WHAT WE ALL EXPECTED’

As of the 2017-2018 school year, there were 4,298 universities in the United Sates, according to the National Center for Education Statistics. But as higher education has become more accessible to Americans, admission to the country’s top 50 universities has become much more competitive.

And some wealthy parents were willing to bribe their childrens’ way in, either by hiring stand-ins to take or correct college entrance exams or through payments to college sports coaches to fabricate athletic credentials.

Saffronia Traore-Rogers, 17, said she has “been grinding” to make the grade to get into her top choice of Dartmouth College, another Ivy League school. “This just makes it feel like even if I do this, it won’t work. It keeps me in a constant loop of anxiety.”

Anthony Abraham Jack, an assistant professor of education at Harvard University, said money and privilege can still play a role in who gets into the top schools.

“This cheating scandal showed us what we all expected, but we were never able to observe,” said Jack, whose research specializes in lower-income and minority undergraduates. Harvard was one of eight colleges involved in the scandal.

When Pierce learned about the scandal, she said her efforts to get into a top school suddenly felt pointless.

“Everyone complains about how ‘black people go to jail’ and ‘they sell drugs,’ … but when we try to better ourselves, you take away spots and opportunities for us,” Pierce said.

Many students make personal sacrifices in the belief that the system will reward hard work over privilege.

During her junior year, Bascombe gave up a beloved theater program in exchange for a second math course at the advice of her guidance counsellor.

While it was “heartbreaking” to give up a class that provided an escape, she said, “I had to focus on making my transcript really good.”

Several schools involved in the scandal have launched investigations and rolled out reforms aimed at preventing fraudulent admissions, raising the prospect of a more fair process going forward.

For Bascombe, the scandal was not enough to abandon her Cornell dream.

“I know this happens and I can’t do anything to control it,” Bascombe said. “The only thing I can do is prove my place and continue to do what I do.”

But she has decided to take theater again in her last year of high school.