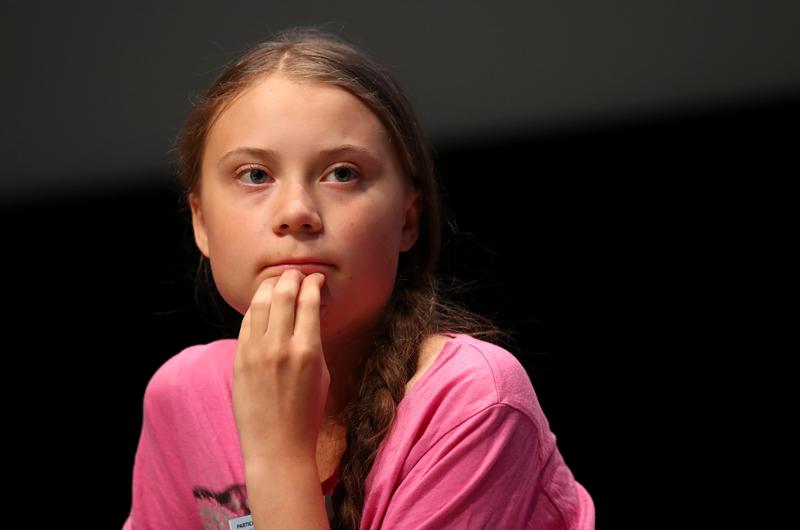 LAUSANNE, Switzerland (Reuters) – World leaders must prove that they have listened to young climate activists after a year of protests has not led to any progress in the reduction of greenhouse emissions, leading activist Greta Thunberg said on Monday.

World leaders have an opportunity at the climate summit in September in New York to address the “ecological emergency”, said the Swedish teenager, who will attend the U.N. talks, crossing the Atlantic by boat.

Some 450 activists from 38 European countries brought their #FridaysforFuture movement to the Swiss city of Lausanne, calling for swift action to reduce emissions including carbon dioxide linked to global warming, especially in Europe.

“During this last year, lots of things have happened. Then of course the global emissions haven’t gone down. So we’re still back on square one,” Thunberg told a news conference.

“So of course we will need to do so much more, we are still only scratching the surface,” the 16-year-old said.

Carbon emissions hit a record high last year, despite a warning from the U.N.-backed Intergovernmental Panel on Climate Change in October that output of the gases will have to be slashed over the next 12 years to stabilize the climate.

The movement must continue to raise the alarm, including in Asia where students have held fewer strikes, Thunberg said.

Referring to the summit, she said: “I think this is a great opportunity for world leaders to show that they have actually listened to us and to the science…Now they will have to prove that”.

Jacques Dubochet, a Swiss who won the 2017 Nobel prize in chemistry, said “fundamental change” was needed, adding: “We know exactly where we have to go – out of carbon as soon as possible.”

Ernst von Weizsacker, a scientist and former German politician, told reporters: “If we only concentrate our action on Europe we are losing the war.

This was because more than 90 percent of newly-built and planned coal-powered plants are in developing countries, he said. “And unless we persuade them that it could be lucrative and good for them to stop building coal power plants and make money out of renewable energies and energy efficiency, which is a great potential, we are losing.”

Activists urged the European Union to adopt more ambitious climate goals, in line with the Paris agreement, by reducing its greenhouse gas emissions by 80 percent by 2030 compared to 1990, and aiming to reach net-zero by 2035.

The bloc should not sign any free trade agreement with countries that do not uphold the goal of limiting global warming to 1.5 degrees, the European Citizens’ Initiative said.