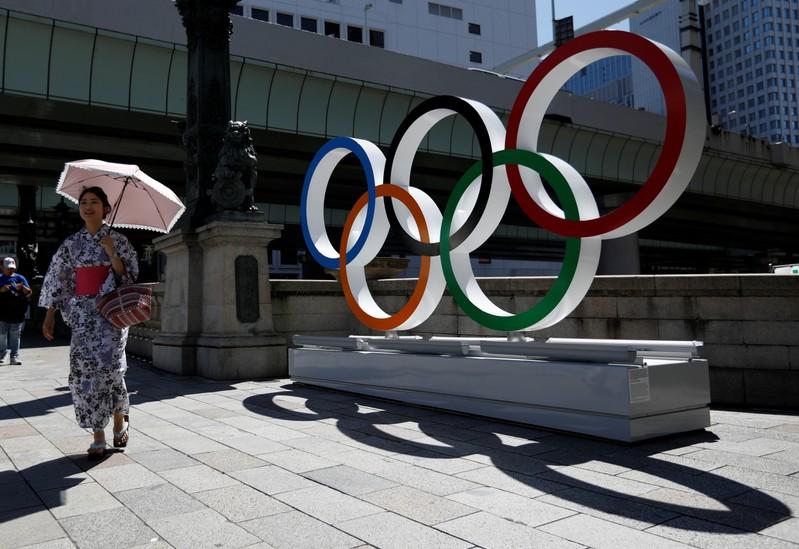 TOKYO (Reuters) – Soaring temperatures in Japan have killed at least 57 people since late July, authorities said on Tuesday, highlighting the health threat to athletes and fans that Olympics organizers must tackle before next year’s Tokyo games.

Temperatures have been stuck above 31 Celsius (88 Fahrenheit) in and around Tokyo since July 24, the date the Summer Games will open next year in Japan’s capital and run for 17 days.

The sweltering heat killed 57 people across Japan in the week from July 29 to Aug. 4, the Disaster Management Agency said on Tuesday. More than 1,800 were taken to hospitals in Tokyo.

Last summer temperatures hit a record 41.1 C just north of Tokyo, which first hosted the Olympics in 1964 when the games were held in October to avoid the heat. Four years later, the Mexico City Games were also moved to October.

Since 1976 most summer games have been held in the Northern Hemisphere summer due to international broadcasting and sports schedules – forcing Tokyo organizers to find ways to keep athletes and tens of thousands of fans cool and hydrated.

“Weather conditions were often organizers’ challenges in past Olympic and Paralympic Games. We also understand that top-tier competitions can sometimes be observed in cities with even tougher weather patterns than in Tokyo,” said Tokyo 2020 spokesman Masa Takaya.

The 2004 Athens Games and 2008 Beijing Games were also held in cities known for their summer heat.

“In this respect, input and expertise from the IOC and the sports federation from their past experiences are extremely valuable,” he said, referring to the International Olympic Committee.

“We will keep working closely together with the Tokyo Metropolitan Government, the national government and relevant stakeholders to ensure the successful delivery of the Games,” Takaya said.

Japanese summers are hot and getting hotter.

Though there have been scorching hot days in the past – temperatures hit 32.6 C on July 24 in 1964 – Japan is seeing more of them and nights no longer cool down as much, Japan Meteorological Agency (JMA) data shows.

It coined a new word – “Ferociously Hot Days” – in 2007 because of more days with temperatures above 35 C.

Tomoyuki Kitamura, a JMA scientific officer, said Tokyo suffers from a “heat island effect” where concentrated heat in cities prevents them from cooling off at night.

“But the bigger impact is from global warming. There’s no doubt about this at all,” he said.

In the past two decades, Tokyo has had an average high of 32 C in the last 10 days of July and first 10 days of August, according to JMA data.

The heat is made worse by a relative lack of shade in the concrete jungle home to 9.2 million people.

Japan is also among a handful of major economies that shun daylight savings time. As a result, the sun is up – and baking the city – before 5 a.m. for most of the summer.

With that in mind, the Olympic marathons will start at 6 a.m. local time, an hour earlier than scheduled. The women’s event will be on Aug. 2 and men’s on Aug. 9, the last day of competition.

The 26-mile (42 km) marathon course and other major roads will be paved with more than 100 km of a resin-based surface that reflects infrared rays and lowers the pavement temperature by as much as 8 degrees C, organizers said.

Other heat countermeasures are being tested this summer.

Given that Japan’s heat and humidity can persist through the end of September, the Rugby World Cup – which starts in under 50 days – could also be affected.

After Tokyo 2020, Paris could face similar challenges. The host of the 2024 summer games saw a record 40.6 C on July 25, in a month that was the hottest recorded on earth.

On a recent Tokyo afternoon, residents said the heat would also be a challenge for 2020 volunteers, especially those working at outdoor events.

“The (marathon) athletes can finish in two hours but the volunteer staff will be there longer than that,” said 69-year-old Yuki Ooka, who runs every day.

“So they have a lot of ice packs with them – and I hope the government has a better strategy,” she added.