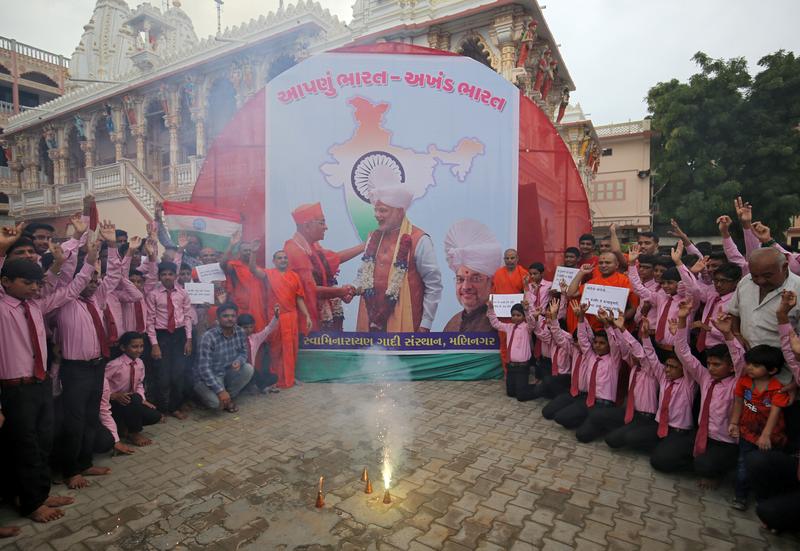 NEW DELHI (Reuters) – Indian Hindus forced out of Muslim-majority Kashmir decades ago are jubilant at the government’s decision to allow all citizens the right to settle there, with many considering an eventual return home if conditions are secure.

“It is a welcome first step,” said Surinder Koul, international coordinator of the Global Kashmiri Pandit Diaspora, which represents displaced Hindus from the region.

Hundreds of thousands were forced out of Kashmir, losing homes and many lives, when a revolt erupted against Indian rule in 1989. Many of them were Hindu minorities – known as Kashmiri Pandits – who later lived in camps across India.

Most have not gone back. Now they want the government to propose a concrete plan for their resettlement.

A 2015 blueprint by Kashmir’s local government to resettle Pandits proposed guarded colonies with schools, malls, hospitals and playgrounds, people with knowledge of the plan said.

Many from the community rejected that, saying it was insufficient to ensure their security.

Despite Hindu delight at Modi’s move, rapid resettlement does not look likely. Ashok Hak, a Kashmiri Hindu and retired brigadier general in the Indian army, said any return would depend on how Kashmiris react.

Hours before Monday’s decision, Indian authorities arrested local leaders and cut off mobile, internet and cable television networks to prevent protests. “For some time there will be trouble there, but in the past India has controlled such unrest,” said Hak, who lives close to New Delhi.

The Pandit community says nearly 400,000 of them had to flee Kashmir. Many want accountability for violence back then.

The Global Kashmiri Pandits Diaspora praised Modi’s move as a vindication of their members’ aspirations. “It brightens the prospect of a return to their homeland with honor and dignity and restitution according to their free will,” it said.