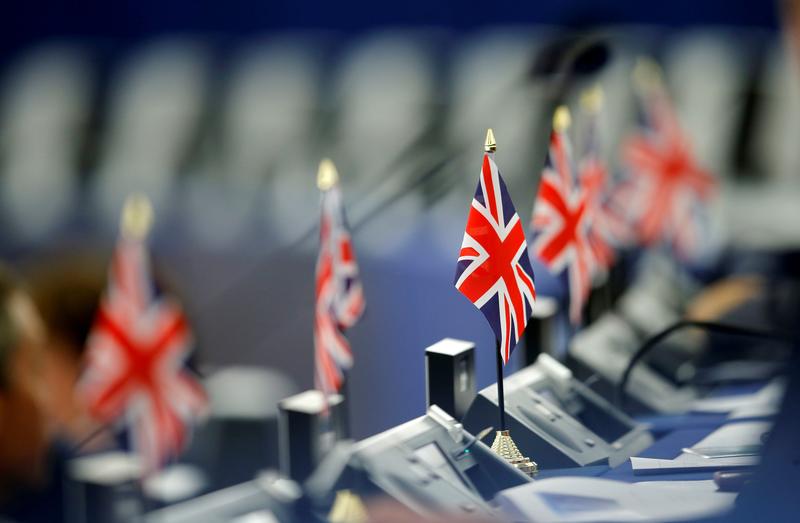 FILE PHOTO: British Union Jack flags are seen on the desks of Members of the Brexit Party during a debate on the last European summit, at the European Parliament in Strasbourg, France, July 4, 2019. REUTERS/Vincent Kessler

LONDON (Reuters) – Britain is “ready and willing” to do a Brexit deal with the European Union, a senior government source said on Tuesday, after a newspaper reported that Prime Minister Boris Johnson was aiming for a no-deal Brexit.

“We want a deal. It’s sad that they don’t want to negotiate with us,” the source said on condition of anonymity.