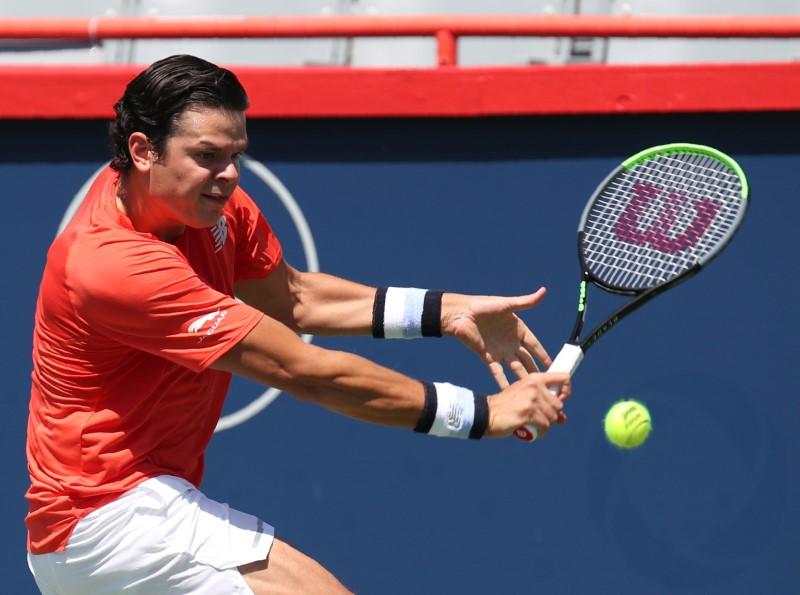 Canadian Milos Raonic advanced to the second round of the Rogers Cup on Monday, defeating Lucas Pouille of France 6-4, 6-4 at IGA Stadium in Montreal.

Raonic, the 17th seed, held serve throughout the match, connecting on 16 aces. He broke Pouille’s serve twice — one in each set — to send the momentum in his direction.

He improved to 4-1 all-time against Pouille and avenged a loss to him that came in the Australian Open quarterfinals in January.

“Overall today I have to be happy with the way I did things,” said the 28-year-old Raonic, who dispatched Pouille in just one hour and 12 minutes. “I thought I came out, I executed on the things I wanted to do. I knew it was going to be a difficult match. I found a way to sort of get a hold of it and play on my terms.”

Raonic had been scheduled to open against American Taylor Fritz, but he was moved to the bracket’s other side after Kevin Anderson of South Africa, the ninth seed, withdrew from the tournament with a knee injury.

Next up for Raonic will be a fellow Canadian, either Montreal teenager Felix Auger-Aliassime or Vasek Pospisil of British Columbia, who are scheduled to meet in the first round on Tuesday.

“I think when I started out on tour, it was something obviously more rare,” Raonic said of the influx of Canadian men on the ATP Tour.

“Now with six of us on tour, now especially this week, six of us being in the main draw, it was bound to happen to some extent. … Obviously I wish as players, for everybody, everybody could be more evenly spread out. They play first round, then I await the winner of that match. That’s just how it plays out sometimes. It’s unfortunate it played out that way at home.”