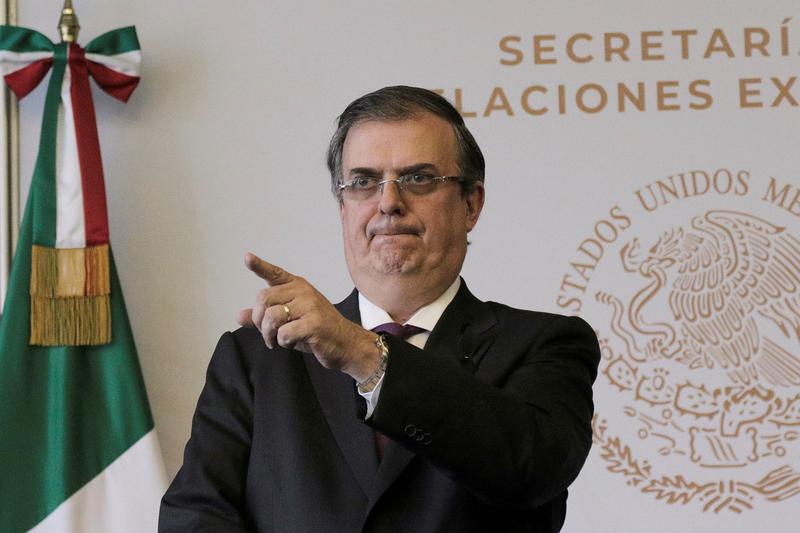 (Reuters) – Mexico’s attorney general is considering litigation alleging that the mass shooting at a Walmart store in El Paso, Texas, in which six Mexicans were among the 20 people killed, was terrorism, the country’s foreign minister said on Sunday.

Mexican foreign minister Marcelo Ebrard, gestures as he holds a news conference about the mass shooting in Texas in the U.S., in Mexico City, Mexico August 4, 2019. REUTERS/Luis Cortes

Such a legal move could lead to a request for the extradition of the gunman, Mexico’s government said. U.S. authorities have cited a manifesto they attributed to the suspect as evidence that the massacre was racially motivated.

“For Mexico, this individual is a terrorist,” Mexican Foreign Minister Marcelo Ebrard said at a news conference, urging the United States to deliver a clear and forceful position against hate crimes.

He did not say in which jurisdiction Mexico could file the litigation.

El Paso is a heavily Latino city that sits on the U.S.-Mexico border across from Ciudad Juarez, a major gathering point for migrants aiming to cross into the United States and others waiting out requests for asylum in the United States.

Ebrard said his ministry would request information from the United States on how the shooter acquired the weapon he used, and whether U.S. officials were aware of the purchase.

“The issue of arms is a crucial one,” he said. “The fact that Mexicans have lost their lives, forces us to take the corresponding legal actions with respect to arms.”

He also named six of the victims, who are mostly from states along the U.S.-Mexico border.

Mexico’s deputy foreign minister for North America, Jesus Seade, decried the shooting as “xenophobic barbarism” and called for an end to rhetoric that incites such acts. [L2N25006N]

The government of leftist President Andres Manuel Lopez Obrador has come under pressure in recent months from U.S. President Donald Trump, who has demanded it do more to halt record flows of migrants to the United States under threat of imposing trade tariffs.

“Social problems should not be resolved with use of force and incitement of hatred,” he said on Sunday.