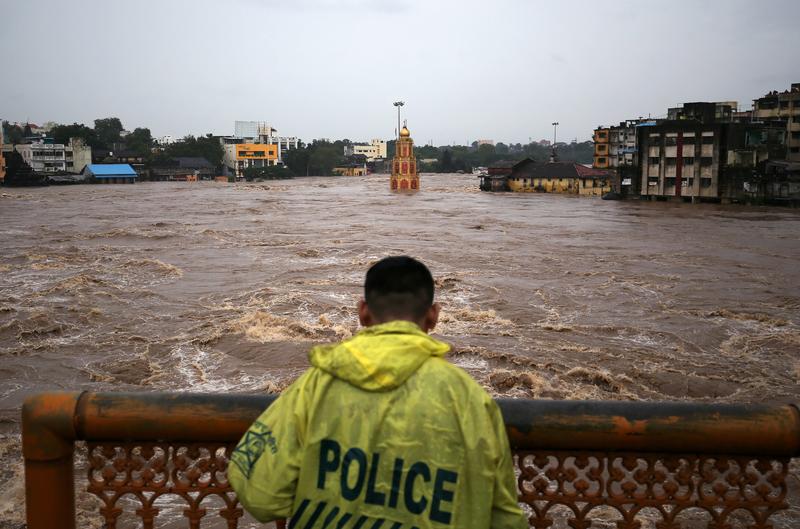 A policeman stands on a bridge as temples and houses are seen submerged in the waters of overflowing river Godavari after heavy rainfall in Nashik, India, August 4, 2019. REUTERS/Francis Mascarenhas

MUMBAI (Reuters) – Hundreds of passengers were stuck in India’s financial capital, Mumbai, and nearby towns on Monday after two days of heavy rain flooded rivers and undermined railway tracks, forcing authorities to cancel or divert dozens of long-distance trains.

Rivers in the western state of Maharashtra were flooded after authorities released water from dams made full after many parts on the west coast received more than 200 mm (8 inches) of rain.

Trains were canceled due to the heavy downpours and because a boulder fell on one line, railway authorities said on Twitter.

Schools and colleges in Mumbai and neighboring districts were also closed on Monday following a warning by the weather office of heavy rainfall, the Maharashtra chief minister’s office tweeted.

Financial markets were open in Mumbai, which is often touted as a potential rival to China’s financial powerhouse Shanghai but, like many Indian cities, is hampered by poor infrastructure.

Hundreds of houses and a few Hindu temples on the banks of the Godavari river were flooded in the neighboring town of Nashik after floodwater was released from a dam.