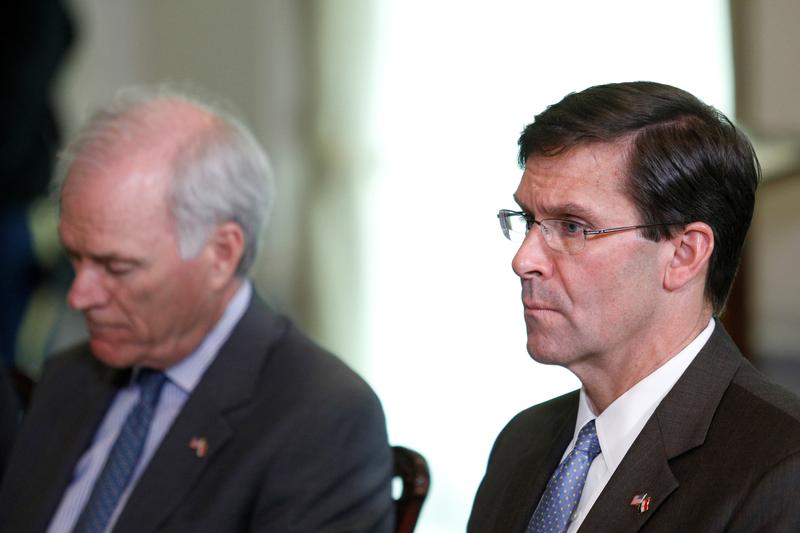 SYDNEY (Reuters) – U.S. Defense Secretary Mark Esper said on Saturday that he was in favor of placing ground-launched, intermediate-range missiles in Asia relatively soon, a day after the United States withdrew from a landmark arms control treaty.

Esper’s comments are likely to raise concern about an arms race and could add to an already tense relationship with China.

“Yeah, I would like to,” Esper said, when asked whether he was considering placing such missiles in Asia.

“I would prefer months … but these things tend to take longer than you expect,” he told reporters traveling with him to Sydney when asked about a timeline for when the missiles could be deployed.

The United States formally left the Intermediate Nuclear Forces (INF) treaty with Russia on Friday after determining Moscow was violating the treaty, an accusation that the Kremlin has denied.

On Friday, senior U.S. officials said that any deployment of such weaponry would be years away.

Within the next few weeks, the United States is expected to test a ground-launched cruise missile, and in November, the Pentagon will aim to test an intermediate-range ballistic missile.

Both would be tests of conventional weapons – and not nuclear.

U.S. officials have been warning for years that the United States was being put at a disadvantage by China’s development of increasingly sophisticated land-based missile forces, which the Pentagon could not match due to the U.S. treaty with Russia.

The United States has so far relied on other capabilities as a counterbalance to China, like missiles fired from U.S. ships or aircraft. But advocates for a U.S. land-based missile response say that is the best way to deter Chinese use of its muscular land-based missile forces.

“I don’t see an arms race happening, I do see us taking proactive measures to develop a capability that we need for both the European theater and certainly this theater,” Esper said, referring to the Asia-Pacific region.

While no decisions have been made, the United States could theoretically put easier-to-hide, road-mobile conventional missiles in places like Guam.

Esper did not say where in Asia he was considering placing missiles, but he is expected to meet senior regional leaders during his visit to Asia.

In a sign of the importance Asia – and countering China – has for the Pentagon, Esper is visiting the region just two months after his predecessor made a similar trip.

In Australia, Esper and Secretary of State Mike Pompeo will take part in talks with their Australian counterparts.

The meetings come amid heightened Western concern about Chinese influence in the Pacific.

In addition to China, the talks and much of Esper’s trip, are likely to be dominated by discussion on what the departure of the U.S. from the INF treaty means for Asia and recent missile tests by North Korea.

U.S. President Donald Trump sought on Friday to play down North Korea’s three tests in eight days of short-range missiles, saying they did not break any agreement he had with Kim Jong Un.

Asian allies will also have questions for Esper on a U.S.-led maritime force in the Strait of Hormuz.

Washington in June first proposed some sort of multinational effort open to all allies and partners to bolster maritime security in the Gulf after accusing Iran of attacking oil tankers around the Strait of Hormuz, a critical maritime chokepoint.

On Thursday, Japan said it would not send warships to join the U.S-led coalition but it may send patrol aircraft.

“I think we’ll have some announcements coming out soon in the coming days, where you’ll see countries begin to sign up,” Esper said, referring to contributions from other countries on the maritime initiative.