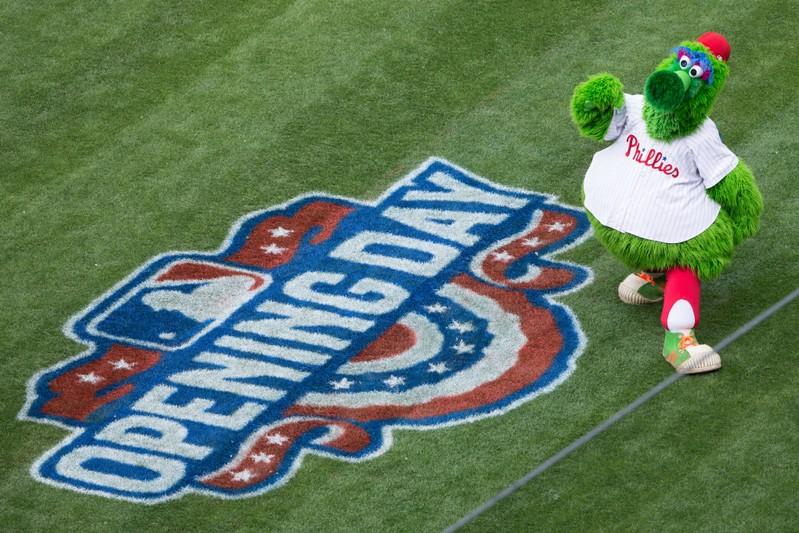 NEW YORK (Reuters) – The Phillie Phanatic, one of the most recognizable mascots in American sports, is the subject of a lawsuit by the Philadelphia Phillies, trying to stop the mascot’s creators from taking away the baseball team’s bright green, fat, furry, long-beaked creature.

In a federal complaint filed on Friday in Manhattan, the Phillies accused Harrison/Erickson Inc and its principals, Wayde Harrison and Bonnie Erickson, of reneging on a 1984 agreement to let the Phillies use the Phanatic “forever.”

The Phanatic made its debut in April 1978, and the team said it has spent millions of dollars to promote him as he became “wildly popular” and “beloved,” while obtaining several trademarks.

But the Phillies said the defendants, who are from Brooklyn, have threatened to end its use next June, making the Phanatic a “free agent,” and sue for copyright infringement unless the team renegotiated the 1984 agreement and paid millions of dollars. The Phillies said the original payout was $215,000.

Harrison/Erickson “does not have the right to deprive the Phillies’ fans of the Phanatic” or liquidate the team’s “huge, 41-year investment” in him, the complaint said.

Lawyers for the defendants did not immediately respond to requests for comment. The Phillies declined to comment.

Bonnie Erickson is also known for her work with the late Jim Henson, for whom she created such characters as Miss Piggy and the cranky balcony hecklers Statler and Waldorf.

According to his biography, the Phillie Phanatic hails from the Galapagos Islands, loves the film “Rocky,” and consumes cheesesteaks, hoagies, scrapple, soft pretzels and Tastykakes, contributing to his 300-pound girth and 90-inch waistline.

The lawsuit seeks to preserve the 1984 agreement; block Harrison/Erickson or anyone else, including other sports teams, from using the Phanatic or selling Phanatic-related products; and collect unspecified damages.