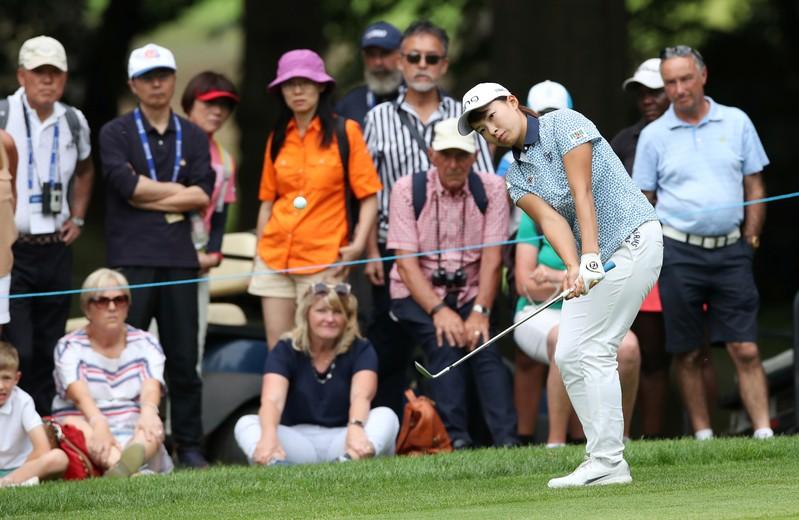 (Reuters) – Japan’s Hinako Shibuno will take a two-shot lead heading into the final round of the Women’s British Open in Milton Keynes after carding a five-under 67 to move to 14 under on Saturday.

The 20-year-old, competing in her first-ever LPGA major, birdied seven holes to leapfrog overnight leader Ashleigh Buhai, who bogeyed three of the back-nine holes to finish the third round with a par score and drop to second place.

Local favorite Charley Hull, playing on her home course, and Bronte Law are tied for seventh with Spain’s Carlota Ciganda, five shots behind.

Shibuno, nicknamed ‘Smiling Cinderella’, is looking to become only the second Japanese golfer to win a women’s major after Chako Higuchi won the KPMG Women’s PGA Championship in 1977.

Reporting by Rohith Nair in Bengaluru, editing by Pritha Sarkar