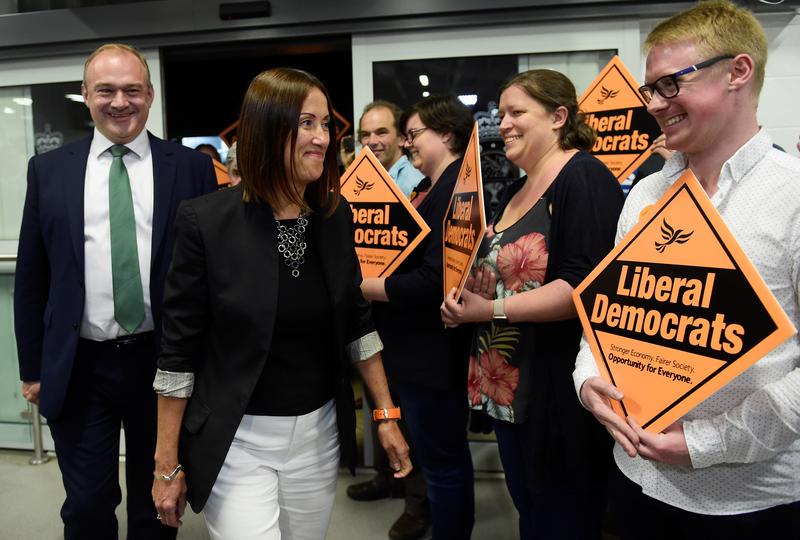 Liberal Democrats candidate Jane Dodds arrives for results of the by-election for the district of Brecon and Radnorshire at the Royal Welsh Showground, near Builth Wells in Wales, Britain August 2, 2019. REUTERS/Rebecca Naden

Davies, who ran again for the Conservatives, came second with 12,401 votes. The Brexit Party came third with 3,331 votes, while the main opposition Labour Party was fourth on 1,680 votes.

“If the Brexit Party do hang around and the Conservative Party doesn’t deal with them effectively, ie. if we don’t show signs that we are leaving Europe by the end of October, then that could really have some repercussions for our vote not just in seats like this but across the UK,” Nick Ramsay, a Conservative member of the Welsh Assembly told Sky News.