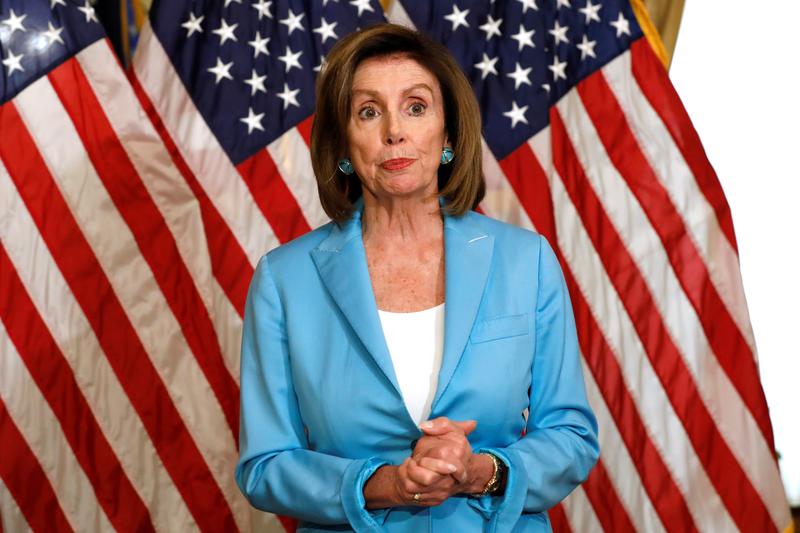 WASHINGTON (Reuters) – U.S. House of Representatives Speaker Nancy Pelosi on Thursday defended Baltimore, the city where she grew up, against repeated verbal attacks by President Donald Trump, and she charged that the president’s own son-in-law was a “slumlord” there.

Trump has criticized an African-American congressman, Representative Elijah Cummings, and his district, which includes part of Maryland’s largest city, as a “disgusting, rat and rodent-infested mess” where “no human” would want to live.

“The president, this comes as no surprise, really doesn’t know what he’s talking about,” Pelosi, a Democrat whose father and brother were both mayors of Baltimore, told reporters as she walked through the U.S. Capitol.

“But maybe you could ask his son-in-law, who’s a slumlord there, if he wants to talk about rodent infestations,” Pelosi said, in an apparent reference to Jared Kushner, who is married to Trump’s daughter Ivanka.

A real estate firm run by Kushner’s family owns thousands of rental units in Maryland, most in Baltimore County, the Baltimore Sun reported earlier this year.

Baltimore County Executive Johnny Olszewski Jr. told the newspaper that the county once had to threaten the Kushner firm to get it to address code violations and other issues at its Baltimore County properties, the paper reported on Tuesday.

A Kushner Companies representative told the Baltimore Sun in a statement that it “is proud to own thousands of apartments in the Baltimore area.

“Substantial amounts are constantly reinvested in the properties to maintain a high quality residential experience for our tenants,” the statement said.

Trump, a Republican, has in recent days launched a Twitter and verbal onslaught on Baltimore, a city of about 625,000 people, many of them African Americans, known for its scenic harbor and historic neighborhoods in addition to its urban woes. It located roughly 40 miles (65 km) northeast of Washington.

Cummings, chairman of the House’s Oversight and Reform Committee, is leading a number of congressional investigations into Trump and his administration, and has criticized the president’s handling of migrants.

Pelosi and others have already denounced Trump’s attacks on Cummings and Baltimore as racist – an accusation Trump denied. The speaker noted Thursday that she had just visited Ghana, from where many Africans were shipped to the United States as slaves.

“The contributions that they (African Americans) have made have been so spectacular to our country,” she said. “So to see the president demean a great leader like Elijah Cummings, shows his own insecurity and his own lack of understanding about what progress really is.”

Pelosi, 79, was born in Baltimore to an Italian-American family and grew up there, but later moved to California. She has represented San Francisco in Congress for over three decades.