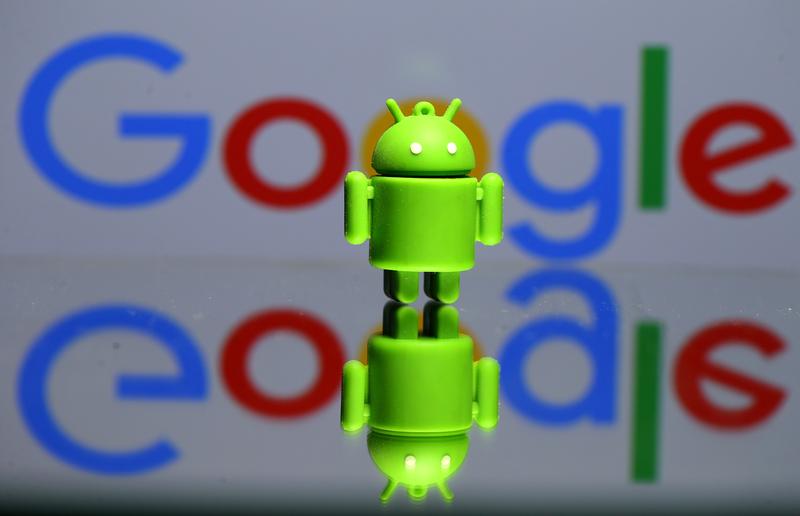 BRUSSELS/BENGALURU (Reuters) – Alphabet Inc’s (GOOGL.O) Google will allow rivals to compete to be the default search engines on new Android devices in Europe, but they will have to pay for the privilege.

In its latest proposal to ward off fresh EU antitrust penalties, Google on Friday announced plans to auction spots on a “choice screen” from which users will select their preferred search engine.

The move comes a year after the European Commission fined the U.S. tech giant 4.34 billion euros ($4.81 billion) for blocking rivals by pre-installing its Chrome browser and search app on Android smartphones and notebooks.

The EU competition enforcer also ordered the company to halt its anti-competitive practices or face fines up to 5% of Alphabet’s average daily worldwide turnover.

Google said in a blog post that users in Europe will, from early 2020, be able to pick a default search engine from four options, including Google, when they set up a new Android smartphone or tablet. (bit.ly/2yuIiwh)

Rival search engines can apply to join Google among the four options in separate auctions for each individual country. In the event that fewer than three search providers meet or exceed the bid threshold, Google will fill any remaining slots randomly from a pool including those that asked to take part in the auctions but did not submit bids.

While consumers will have a choice of default search engine on their new Android devices for the first time, the plans were not well received by some of Google’s rivals.

“It’s Google’s way of creating a new revenue stream while giving rivals an option. Basically they are complying with the EU order in the letter but not in the spirit,” said Ecosia, which describes itself as an ethical search engine that uses profits to plant trees.

Ecosia was one of the rivals used as an example in Google’s blog post.

“If we choose to enter an auction and pay Google for the privilege of being a search engine option on Android, this will potentially be at the expense of millions of trees we could otherwise have planted,” said Ecosia Chief Executive Christian Kroll.

“The EU’s anti-competition ruling is clear – Google has too much power. The decision over which search engines are able to use Android, which is the second-largest operating system in the world, shouldn’t be up to Google. It should be up to users.”

Czech search engine Seznam said it was not clear what the implications will be.

“It is hard to comment based on a screenshot and a few sentences. Seznam, and I believe others, too, were not contacted by Google about this proposition, so we have to wait for all-important details,” said Michal Feix, Seznam’s former chief executive and now partner at a consultancy advising the company.

German rival Cliqz criticized the proposal, saying some companies could lose out to competitors with deeper pockets.

“If the highest bidder wins the contract and not the best search engine, then the user is the biggest loser. The choice should be about selecting the most private or innovative provider,” said Cliqz Chief Executive Marc Al-Hames.

Google described the auction process as a “fair and objective method” to determine which search providers are given as options for device users.

“It allows search providers to decide what value they place on appearing in the choice screen and to bid accordingly,” the company said.

The European Commission plans to monitor the process closely.

“The decision provides rival search providers the possibility to strike exclusive pre-installation deals with smartphone and tablet manufacturers. This was not possible before,” a spokesman said.

“We have seen in the past that a choice screen can be an effective way to promote user choice.”

The Android proposal asking rivals to pay echoes a separate plan related to its comparison shopping service, offering to allow competitors to bid for advertising space at the top of a search page.

Reporting by Foo Yun Chee in Brussels and Philip George in Bengaluru; Editing by David Goodman