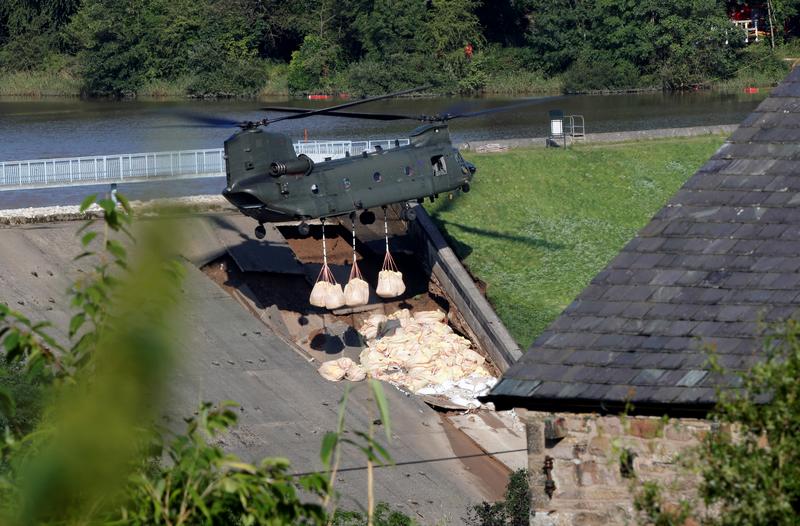 A Chinook helicopter drops sand bags on top of the dam after a nearby reservoir was damaged by flooding, in Whaley Bridge, Britain August 2, 2019. REUTERS/Phil Noble