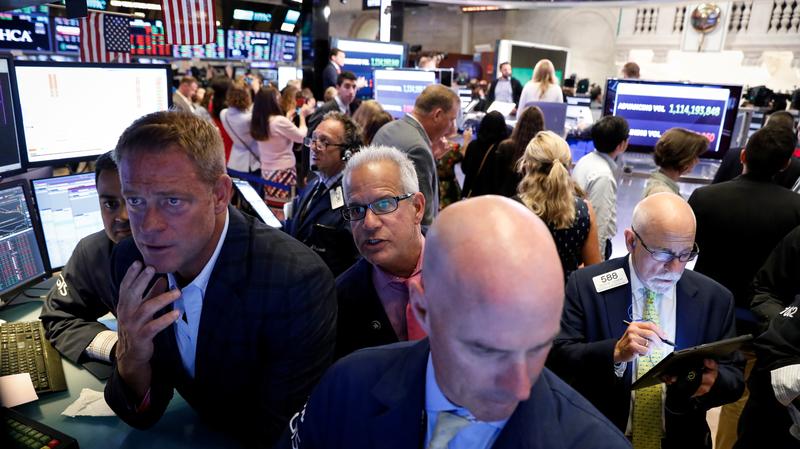 A more than 1% gain in U.S. stocks evaporated within minutes, U.S. crude fell more than 8% and emerging market stocks tumbled to a six-week low.

The moves added to already heightened volatility in markets a day after the Federal Reserve cut interest rates for the first time in over a decade, in what was dubbed a “hawkish rate cut.”

After the Fed lowered its benchmark rate by 25 basis points on Wednesday, Chairman Jerome Powell said that the central bank’s first rate cut in over a decade was “not the beginning of a long series of rate cuts.”

Trump said he was disappointed in Powell as the U.S. president had called for a more dovish stance at the Fed, but his tariff announcement had the effect he wanted on the outlook for interest rates. Traders are now pricing in two more interest rate cuts by year’s end, and are increasing bets the Fed will need to ease policy further next year to offset risks from the escalating trade war.

“One thing that’s interesting is that after the Fed decision yesterday Trump tweeted in fairly short order his disapproval of it, and so he went outside of the lines to start a trade war,” said Mazen Issa, senior foreign exchange strategist at TD Securities in New York.

MSCI’s gauge of stocks across the globe shed 0.55 percent.

The trade war between the world’s two largest economies has been a lingering weight on oil prices, and the market sharply reversed its recent run-up in prices.

U.S. Treasury yields across all maturities fell sharply, with the benchmark 10-year note hitting its lowest since November 2016.