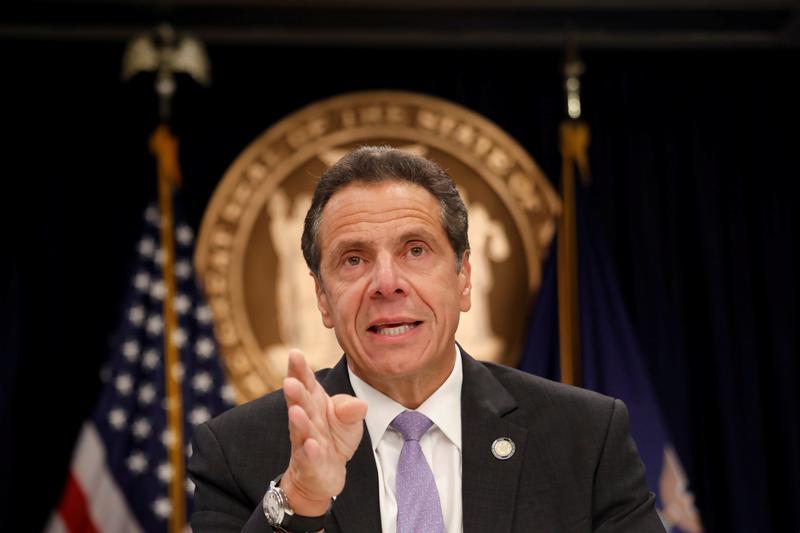 (Reuters) – Thousands of child sexual abuse lawsuits are expected to flow into New York State courts in the coming weeks exposing decades-old misconduct at schools, hospitals, churches and youth clubs, according to lawyers for victims.

On Aug. 14, the Child Victims Act takes effect, giving people one year to sue over allegations of sexual abuse, regardless of when they said it occurred.

Under the law signed by Governor Andrew Cuomo in February, New York has gone from one of the toughest states to bring a case because of its strict statute of limitations to one of the easiest, potentially unleashing decades of unresolved claims.

“It’s going to be a tidal wave of litigation,” said lawyer Mitchell Garabedian, best known for representing victims of child abuse by Roman Catholic priests in the Archdiocese of Boston.

Cases will cut across society, illustrating the systemic nature of the abuse, victims’ lawyers said, although they expect many of the lawsuits to be against Catholic organizations and the Boy Scouts of America.

Both the scouts and the church said they were cooperative with people making allegations of abuse against their organizations.

“We believe victims, we support them, we pay for counseling by a provider of their choice, and we encourage them to come forward,” the Boy Scouts of America said in a statement.

New York State Catholic Conference spokesman Dennis Poust said that Catholic leaders dropped opposition to the new law once it was broadened to include public institutions.

“All survivors deserve to be heard,” Poust said.

The Child Victims Act arrives as victims have been empowered by the #MeToo movement and a steady stream of scandals, exposing a range of abusers from public figures to the team doctor of USA Gymnastics.

Lawyers for victims said they were teaming up to maximize resources and reconnecting with old clients whose cases were barred by the statute of limitations.

After several states made it easier to sue, TV ads soliciting child sex abuse lawsuits spiked to more than 1,700 in both March and April, up from just 46 in January, according to X Ante, a consulting firm that tracks lawyer ad spending.

“If you were abused in a scouting program you are not alone,” said an ad by San Diego, California-based AVA Law Group, which X Ante said was one of the most frequently broadcast. “Come forward. New laws may allow you a path to significant financial compensation.”

However, victims and advocates often say the money is secondary, and many sue to expose perpetrators, hold organizations accountable and to further the healing process.

Some organizations, including the Boy Scouts of America, are acknowledging abuse, apologizing and reporting the accused to law enforcement authorities.

Others have offered compensation. The Archdiocese of New York has paid $65 million to 325 people since 2017. Only one person rejected an offer, according to the archdiocese.

Those who accept an offer give up their right to sue. Some victim advocates said compensation programs kept stories of abuse secret.

“I think the potential is huge for all kinds of things coming to the surface like we’re seeing with Epstein,” said victims’ attorney James Marsh, referring to the criminal sex trafficking charges against the once politically connected American financier Jeffrey Epstein. He pleaded not guilty and is jailed pending trial.

Victims’ lawyers said insurance policies will provide a significant amount of money. The Archdiocese of New York and the Boy Scouts of America have already become embroiled in disputes over insurance coverage.

The Travelers Cos and Chubb Ltd have said they are planning to bolster reserves related to laws reviving old abuse claims.

Lawyer Mitchell Garabedian listens to a reporter’s question after Garabedian negotiated a settlement with the Archdiocese of Boston on behalf of 86 people who claim they were sexually abused, in Boston, Massachusetts March 12, 2002.REUTERS/Brian Snyder

Coordinating scores of lawsuits against an organization could also be difficult, although few New York cases are expected to go to trial.

Many lawyers said they expect organizations to file for bankruptcy, which would stop the litigation and create one forum where all the claims can be settled at once.

“Bankruptcy is the way to go,” said lawyer Tim Kosnoff, who specializes in cases against the Boy Scouts. “Most clients come out of it pretty satisfied.”