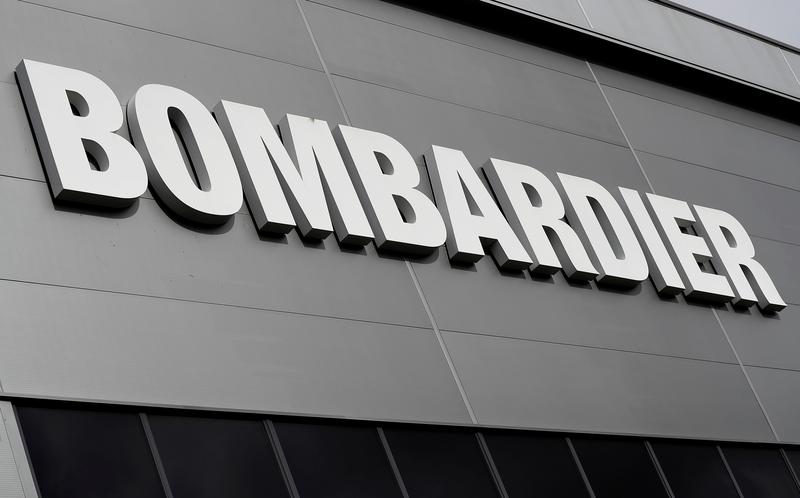 (Reuters) – Canada’s Bombardier Inc on Thursday reported a larger quarterly loss than analysts had expected, and lowered its full-year earnings forecast, as the company wrestled with challenges in its key rail division.

The cut comes amid a broader restructuring plan by Bombardier, which is selling off its weaker performing aerospace programs to focus on its business jet and rail divisions.

But the company continues to be dogged by a handful of rail contracts in its $34 billion backlog that generated a disappointing free cash flow result in 2018. The rail division is Bombardier’s largest by revenue.

Bombardier had faced a cash crunch in 2015 after investing heavily to bring two new planes to market.

The company also lowered its full-year forecast for earnings before interest and taxation (EBIT), a closely watched measure, in the rail division. Adjusted EBIT for 2019 is now expected at $700 million to $800 million, down from around $1 billion.

Adjusted EBIT margin was lowered to about 5% from 8%.

Earlier this year, the company said it would have to review whether it could still meet 2020 financial objectives, such as growing revenue to $20 billion.

Analysts were expecting a loss of $30 million, or 2 cents per share, according to IBES data from Refinitiv.

EBIT rose to $371 million for the quarter, helped by proceeds from the sale of the company’s Q400 turboprop program.

Adjusted EBIT declined to $206 million in the second quarter, from $271 million a year earlier, but above analysts’ average expectation of $204 million, according to IBES data from Refinitiv.

Reporting By Allison Lampert in Montreal and Arathy S Nair at Bangalore; Editing by Shailesh Kuber and Saumyadeb Chakrabarty