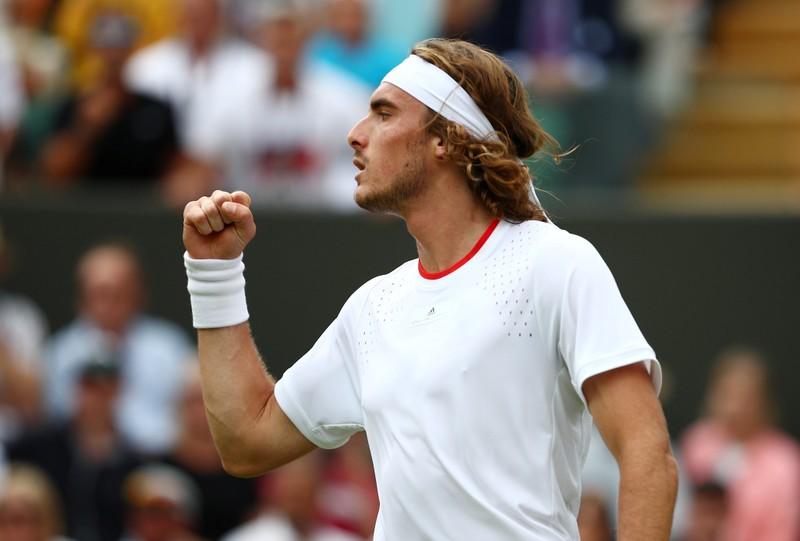 Top-seeded Stefanos Tsitsipas of Greece handled crowd favorite and wild-card Tommy Paul 6-3, 7-5 on Wednesday night to reach the quarterfinals at the Citi Open in Washington, D.C.

Paul created five opportunities to break Tsitsipas but converted just one. That break did give him a 5-3 edge in the second set, but Tsitsipas won the final four games, clinching on his third match point.

Kevin Anderson of South Africa withdrew from the tournament due to a knee injury, continuing an injury-plagued season.

Thiem faced just one break point, losing it early in the first set, but quickly answered. He hit 81 percent of his first serves, winning 80 percent (28 of 35) of them.

Top-seeded Italian Fabio Fognini recovered from a slow start to move past Spain’s Marcel Granollers 4-6, 6-3, 6-4 and reach the quarterfinals in Los Cabos, Mexico.

Fognini was broken twice to open the match and quickly fell in a 4-0 hole en route to dropping the first set. In each of the final two sets, he went up a break only to give one back, before breaking again and serving out.

In the quarterfinals, Fognini will face fifth-seeded American Taylor Fritz, who battled back to hold off India’s Prajnesh Gunneswaran 4-6, 6-3, 6-2.

Other seeds to advance included third-seeded Argentine Diego Schwartzman, seventh-seeded Moldovan Radu Albot and eighth-seeded Mikhail Kukushkin of Kazakhstan. Schwartzman and Kukushkin will face each other in the quarterfinals.