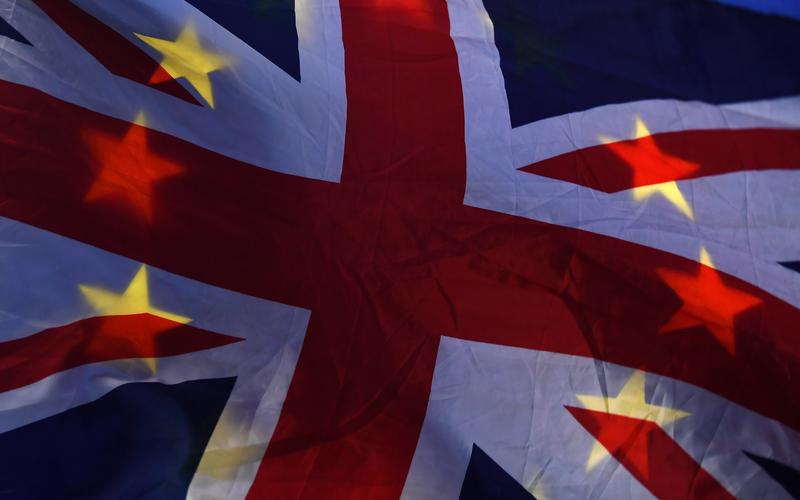 FILE PHOTO: A flag depicting the British Union Jack design and the EU design is seen outside of the Houses of Parliament in London, Britain, January 14, 2019. REUTERS/Clodagh Kilcoyne

Jeffrey Donaldson, a senior lawmaker in the DUP which props up the Conservative government, said the party agreed with Johnson that the only way to get a Brexit deal through parliament was to drop the so-called Irish backstop.

“I think given the response of the Irish government in particular, who I believe are key to this issue of addressing UK concerns about the backstop, I think the prospect of a no deal is significant,” he told BBC radio.