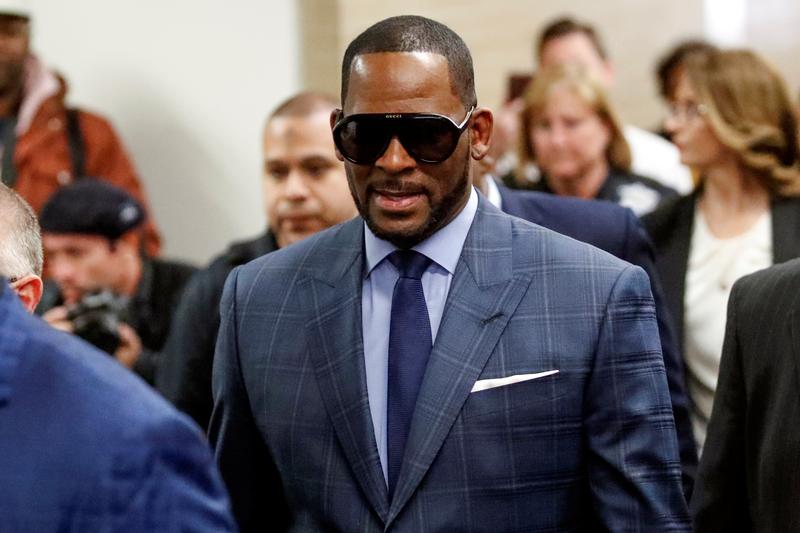 NEW YORK (Reuters) – A lawyer for singer R. Kelly, who is accused of running a years-long scheme sexually preying on women and girls, said on Wednesday that the charges against the R&B artist stemmed from disgruntled groupies.

Lawyer Douglas Anton made the claim in a filing in Brooklyn federal court, ahead of Kelly’s scheduled Friday court appearance. Kelly has pleaded not guilty.

New York prosecutors have charged Kelly with running a criminal racketeering enterprise in which he sexually trafficked and exploited minors. An indictment against Kelly refers to five alleged victims of the scheme, who are not named.

Anton said in Wednesday’s filing that the charge was “an absurdity,” and that the women with whom Kelly had sex were “dying to be with him.”

“If this was the ‘pattern’ or ‘enterprise’ the government seeks to make it out to be, (it) is five disgruntled groupies, not all of which are alleged to be under age, who now show groupie remorse so many years later,” he wrote.

Prosecutors have said Kelly set strict rules for his sexual partners, requiring them to get his permission to eat or go to the bathroom. Anton said these rules were intended for their protection, to ensure “the safest, most enjoyable fan experience.”

Anton asked that Kelly be granted bail on the New York charges at Friday’s hearing, though he acknowledged that Kelly will remain jailed no matter what since he was denied bail on Chicago federal charges.

“Whether he intended to or not, he’s now given the prosecution a preview of what his defense may be,” she said. “If that’s all he’s got, I think he’s going to have major challenges in this case.”

Kelly, 52, is charged in Brooklyn with racketeering and violation of a federal human trafficking law. The Brooklyn prosecutors say Kelly and his entourage would invite women and girls backstage after concerts, isolate them from friends and family, and make them dependent on him for their financial well-being.

Kelly also faces 13 federal criminal counts in Chicago, including child pornography and obstruction of justice. The Chicago prosecutors charged in their 13-count indictment that Kelly had sexual contact with five minors, recorded videos of some of them and paid them off to buy their silence.

In a third case, pending in Cook County, Illinois, state court, he is accused of abusing a girl between the ages of 13 and 16, between May 2009 and January 2010. He has pleaded not guilty to those charges as well.