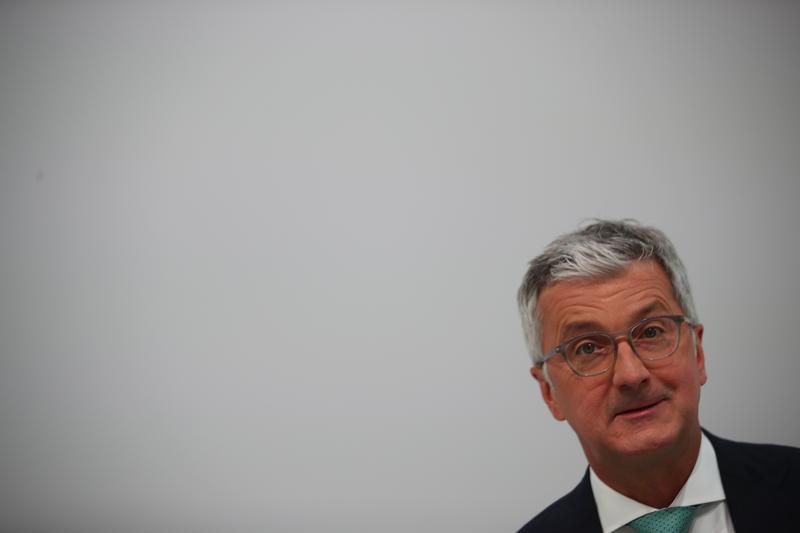 MUNICH (Reuters) – German prosecutors said on Wednesday they had filed charges against former Audi (NSUG.DE) Chief Executive Rupert Stadler, who is being investigated for his role in Volkswagen’s (VOWG_p.DE) emissions test cheating scandal.

The public prosecutor’s office in Munich said Stadler and three other defendants are being charged with false certification and criminal advertising practices.

The three other defendants are accused of having developed engines used in Audi, Volkswagen and Porsche (PSHG_p.DE) branded cars that used emissions cheat devices, it added.

“Defendant Stadler is accused of having been aware of the manipulations since the end of September 2015, at the latest, but he did not prevent the sale of affected Audi and VW vehicles thereafter,” the prosecutor said in a statement.

Stadler was arrested in mid-June 2018 as part of a broader probe into emissions cheating at premium brand Audi, which is part of Volkswagen Group, and spent several months in prison.

Volkswagen, which has faced billions of dollars in costs relating to the scandal, later terminated Stadler’s contract against the backdrop of a criminal investigation into whether he was involved in emissions tests cheating.

The accused include former Audi and Porsche manager Wolfgang Hatz as well as two engineers, several people familiar with the proceedings said.

People familiar with the proceedings told Reuters that Stadler and Hatz have denied wrongdoing.

The prosecutors declined to identify the other defendants, while Stadler’s and Hatz’s lawyers were not immediately available for comment.

Audi said in a statement that it was in the interest of the company, its shareholders and employees to clarify the issues that led to the diesel crisis.