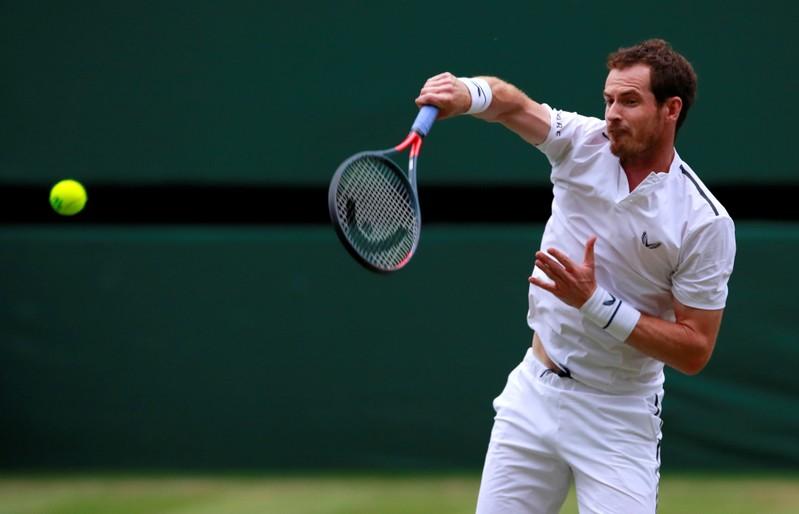 (Reuters) – Former world number one Andy Murray is considering returning to singles action at Cincinnati next month, saying he is “closer than he thought” to being ready.

The 32-year-old has not played singles since losing in the first round of the Australian Open in January to Spain’s Roberto Bautista Agut, after which he underwent hip resurfacing surgery in a bid to salvage his career.

He returned to doubles action at Queen’s Club this year, winning the title with Spain’s Feliciano Lopez, and also played men’s doubles with Frenchman Pierre-Hugues Herbert and mixed with Serena Williams at Wimbledon.

Three-time Grand Slam champion Murray had previously said it was extremely unlikely he would be ready to play singles at the U.S. Open but now believes a return on the Cincinnati hardcourts in two weeks’ time is possible.

“I’m closer than I thought,” Murray said at the Citi Open in Washington where he is playing doubles with brother Jamie.

“Best case scenario probably would be Cincinnati,” he said.

“And then if I wasn’t able to play in Cincinnati, there’s a good chance I would probably wait until after New York, because I wouldn’t want my first tournament, either, to be playing best-of-five sets.”

Murray said he is practising singles in Washington and is also lined up to play doubles at the Rogers Cup next week in Toronto with Lopez.

“In terms of moving and feeling and waking up the next day, I’m feeling good,” Murray said. “I’m quite close but there’s stuff that would need to get better.

“I could (play singles), but to get where I would want to be I’d have to get back in the gym and get my cardio better.”