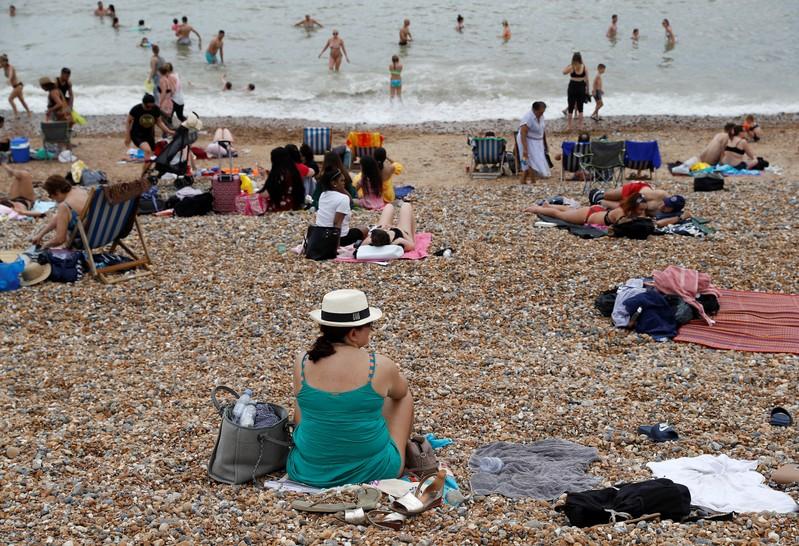 People sit on the beach and play in the sea during hot summer weather in Brighton, Britain, July 25, 2019. REUTERS/Peter Nicholls

The temperature was recorded at Cambridge University Botanic Garden, beating a previous record high of 38.5 Celsius from August 2003.

The Met Office, a government weather forecasting agency, provisionally announced the result on Friday and said on Monday that it had now been officially validated.

The Met Office said there was still a chance that an even higher value had been recorded elsewhere, as some of its observation sites only report monthly.