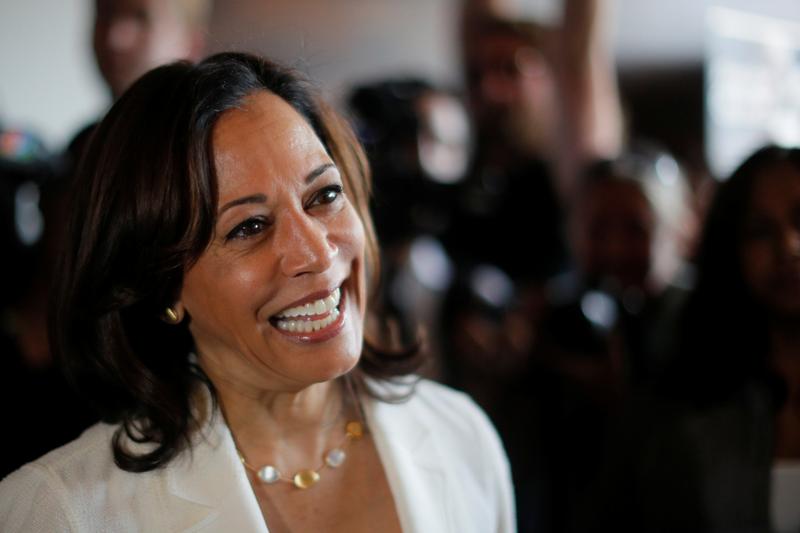 The Climate Equity Act would ensure that Congress and the White House are held accountable for putting low-income and indigenous communities and minority groups that are on the “front lines” of climate change at the core of climate proposals, such as the Green New Deal.

“We need a Green New Deal based in climate and environmental justice, which means building a clean economy that protects communities that have been neglected by policymakers for far too long,” Harris said in a statement on Monday.

The senator from California has not yet unveiled a plan to combat climate change but joins more than half of the 2020 Democratic presidential candidates in endorsing the Green New Deal resolution championed by Ocasio-Cortez of New York and Senator Ed Markey of Massachusetts.

The Green New Deal platform calls on Congress to carry out a 10-year, government-driven mobilization to decarbonize the economy through investments in clean energy, buildings and transportation, as well as job retraining and social and environmental justice programs.

The bill would require that any climate-related bill undergo “equity” scoring in the same way the Congressional Budget Office conducts economic scoring of major pieces of legislation.

It would also establish an Office of Climate and Environmental Justice Accountability to give representation to front-line communities during rulemaking processes, and create a new position of senior adviser for climate and environmental justice at all relevant agencies to ensure compliance.

“The Climate Equity Act ensures that as we go forward to solve our climate crisis, we are focusing on communities most impacted by the crisis and the transition to renewable energy,” said Ocasio-Cortez.

Other presidential candidates have introduced environmental justice plans aimed at protecting communities that are disproportionately affected by floods, water and air pollution and other environmental issues.

One of those candidates, Washington Governor Jay Inslee, on Monday floated his Community Climate Justice plan, which would turn the White House Council on Environmental Quality into an agency focused on ensuring that pollution-affected communities, unions, indigenous groups and others have input on major environmental policies.

Another candidate, U.S. Senator Cory Booker of New Jersey also made environmental justice a top campaign issue, and said he would strengthen the Environmental Protection Agency to protect vulnerable communities against corporate polluters.