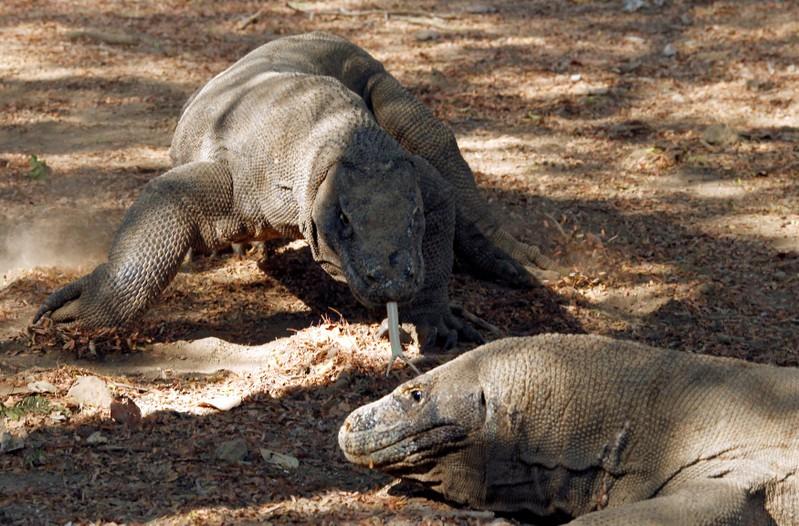 WASHINGTON (Reuters) – Scientists have mapped the genome of the Komodo dragon, the world’s largest lizard, discovering intriguing secrets behind the impressive speed and endurance these cold-blooded predators muster by ratcheting up their metabolism to mammal-like levels.

Researchers said on Monday they pinpointed crucial genetic adaptations that may underpin the tenaciousness of these lizards that inhabit several Indonesian islands including Komodo and bring down prey as big as a water buffalo with a venomous bite.

“This is an apex predator living on isolated islands, and it’s absolutely gigantic. It’s just an awesome animal,” said Benoit Bruneau, director of the Gladstone Institute of Cardiovascular Disease, affiliated with the University of California, San Francisco, one of the senior authors of the study published in the journal Nature Ecology & Evolution.

“Reptiles are kind of like a playground for evolution. There is so much diversity in size and form and behavior and their physiology,” Bruneau added.

The researchers discovered genetic adaptations involving the function of the mitochondria, the power generators of cells that are critical in governing the function of cardiac and other muscles, that may amplify the lizard’s aerobic capacity.

The researchers also found adaptations involving genes that control chemical sensors involved in an advanced sensory system that lets Komodo dragons detect hormones, the body’s chemical messengers, and pheromones, chemicals released particularly by mammals that serve as cues to other members of their species.

One component of the Komodo dragon’s venom is an anti-coagulant compound that prevents the victim’s blood from clotting, causing it to bleed to death. The researchers found adaptations in Komodo dragon genes involved in coagulation that make these lizards immune from the venom anti-coagulant, protecting them from bleeding to death when attacked by another of their own species.

“When two males are fighting one another,” Bruneau said, “it is one impressive show of force.”