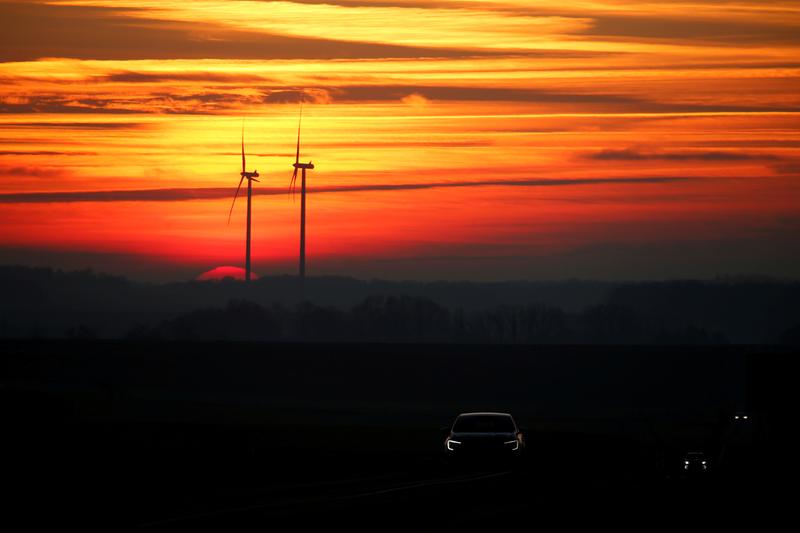 (Reuters) – Trump administration infighting is holding up approval of the first major U.S. offshore wind energy project, with agencies sparring over whether the proposal does enough to protect the fishing industry, according to interviews and agency documents.

The delays are a setback to President Donald Trump’s efforts to fast-track big energy infrastructure projects and could threaten the administration’s plans to launch a promising new domestic industry.

How the problem is resolved will shape the regulatory blueprint for a growing list of offshore wind developers seeking to tap in to rising U.S. demand for renewable energy, but who face objections from fishermen worried the turbines will affect commercial species or make fishing more difficult.

The Trump administration has sought to fire up development of the nascent offshore wind industry by streamlining permitting and carving out areas off the coast for leasing – part of its policy to boost domestic energy production and jobs.

Vineyard Wind, a joint venture between Copenhagen Infrastructure Partners and Avangrid Inc (AGR.N), was scheduled to begin construction this year 14 miles (23 km) off the coast of Massachusetts to power more than 400,000 homes by 2021 – making it the first large-scale offshore wind development in the United States.

But a federal environmental study crucial to its permitting has been repeatedly delayed since April, according to published government timelines, without any public explanation from Trump administration officials. Vineyard Wind has said the delays could threaten the project’s viability.

Documents seen by Reuters, which have not previously been made public, show the National Oceanic and Atmospheric Administration’s (NOAA) National Marine Fisheries Service (NMFS) triggered the delays by declining to sign off on the project’s design, as proposed by the Bureau of Ocean Energy Management (BOEM), the lead agency on offshore wind projects.

Under a 2017 Trump executive order aimed at limiting environmental reviews for major infrastructure projects to two years, federal agencies must request support from cooperating agencies at three points in the review process, including before issuing the final environmental impact study.

Getting the support allows the process to move more quickly, but failing to get it can force further analysis.

In an April 16 letter to BOEM, Michael Pentony, regional administrator for NOAA Fisheries’ Greater Atlantic office, said his agency could not support the environmental permit for Vineyard Wind because the project failed to fully address the concerns of the fishing industry.

For example, he said, the fishing industry had asked for wider spacing between turbines than the 0.75 nautical mile laid out in the proposal, and wanted the turbines aligned in an east-west orientation, rather than northwest-southeast.

He also said the proposal relied on undefined measures to compensate fishermen for potential damage to their livelihoods caused by the wind farm. The issues “require detailed analysis” not currently conducted in the study.

In a written response to Pentony, seen by Reuters, BOEM Chief Environmental Officer William Brown said the fishing industry’s concerns “do not rise to the level that would justify the likely extensive project delays and potential failure of the project.”

He added that BOEM could try to issue the environmental permit without the support of the National Marine Fisheries Service: “We hope that, on reflection, NMFS will concur with our conclusion. If NMFS does not concur, however, we are prepared to note its non-concurrence in the final EIS (environmental impact statement) and the (Record of Decision),” Brown wrote.

Three months later, the agencies have yet to resolve their differences.

“At this time, we are not yet able to come to a point of concurrence,” NOAA spokesman John Ewald said in an emailed statement last week. Because Vineyard Wind is the first such project to undergo the federal environmental review process, Ewald said NOAA “wants to ensure that impacts to ocean resources are fully addressed.”

BOEM spokesman Stephen Boutwell said NMFS is required to co-sign the project’s Record of Decision, a formal decision document, for the permit to be issued. The final environmental impact study and record of decision had originally been expected in April but were later delayed to June and then early July. Boutwell said the agency does not “have a date for these publications at this time.”

Vineyard Wind said earlier this month that it told federal officials it would be “very challenging” to move forward with the project in its current configuration if the environmental permit is not issued within four to six weeks. The company wants to start construction soon to lock in a federal tax credit that expires next year. The credit is currently worth 12% of the value of the project.