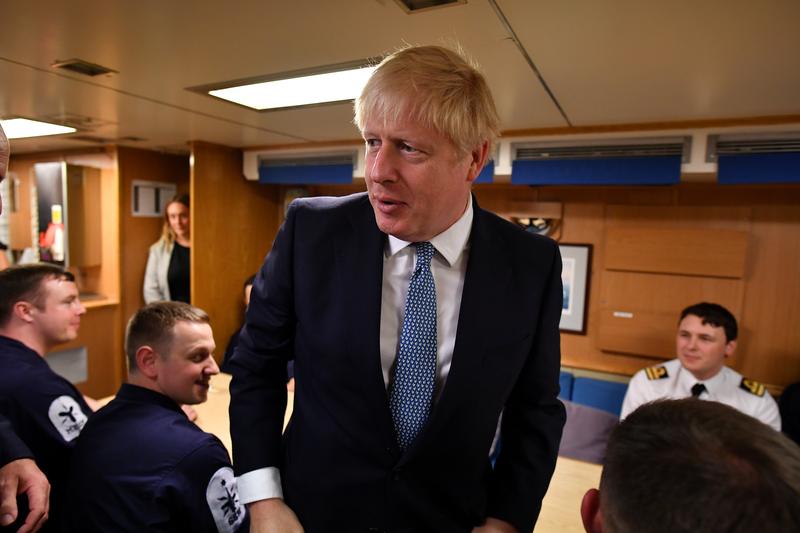 FASLANE, Scotland (Reuters) – British Prime Minister Boris Johnson said there was every chance of striking a new Brexit deal with the European Union and that he wanted a grand new trade deal too.

“What we want need to do is to build a new partnership with all the things that matter to us, sharing cooperation on defense, on security, on intelligence, cultural, scientific collaboration, everything that you would expect,” Johnson said.

“At the core of it all a new free trade deal that allows us to take back control of our tariffs and our regulations and to do things differently where we want to,” he said.

Johnson also ruled out another referendum on Scottish independence after the 2014 vote.

“This was a once-in-a-lifetime, once-in-a-generation thing, everybody was told that,” he said. “It was on that basis that they cast their votes and I think it would be totally wrong now to break that promise to the people of Scotland and the UK and have another referendum.”