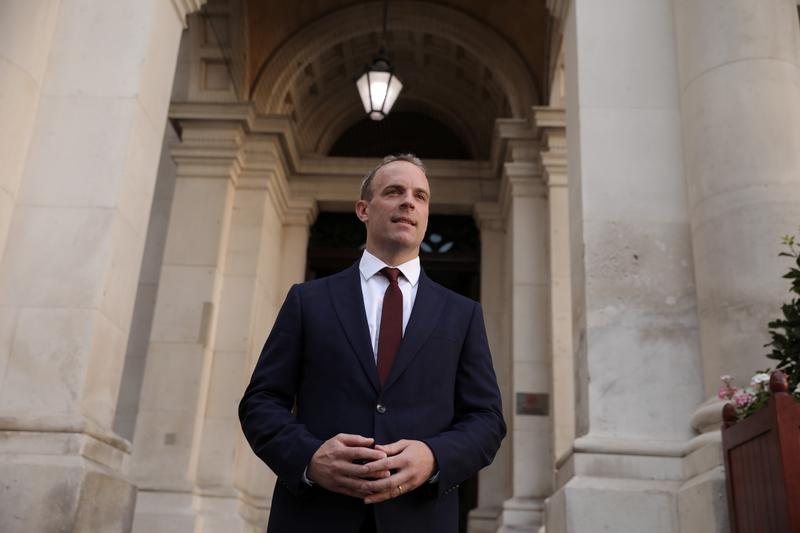 Dominic Raab is seen at the Foreign and Commonwealth building after being appointed as the Foreign Secretary by Britain’s new Prime Minister Boris Johnson in London, Britain, July 24, 2019. Dan Kitwood/Pool via REUTERS

LONDON (Reuters) – Britain warned the European Union on Monday it needed to change its ‘stubborn’ position on Brexit if a no-deal exit was to be avoided.

Foreign Secretary Dominic Raab said he wanted a deal but the EU had to change its position.

“We want a good deal with our EU partners,” Raab said, adding that there had been a “series of fairly stubborn positions staked out by the EU.”

Raab said that if the EU sticks to that line then the United Kingdom needs to be prepared for a no-deal Brexit.