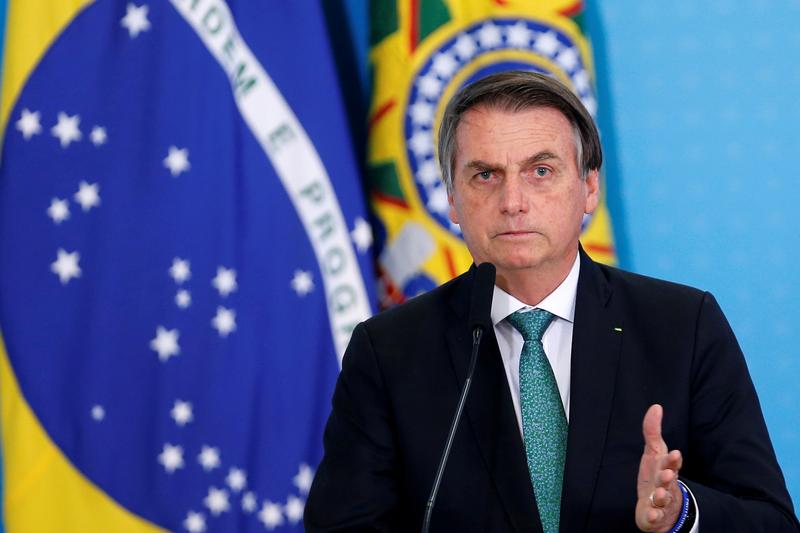 Bolsonaro’s remarks came after Emyra Wajapi, a leader of the Waiapi tribe who live on protected indigenous lands in the country’s northwest near the border with French Guiana, was found dead last week.

Brazil’s federal police are investigating the death, along with allegations by some Waiapi tribe members that their lands were invaded by wildcat miners.

“There is no solid evidence as of now that that Indian was murdered,” Bolsonaro said as he left Brasilia’s Palacio da Alvorada on Monday.

Bachelet called for an investigation into Wajapi’s alleged killing on Monday, calling it “a disturbing symptom of the growing problem of encroachment on indigenous land – especially forests – by miners, loggers and farmers in Brazil.”

In a statement, the United Nations’ official and former Chilean president also urged Bolsonaro to reconsider his government’s proposal to open up more of the Amazon rainforest area to mining.

Under Bolsonaro, a former army captain, deforestation of the Amazon has soared, threatening protected indigenous reservations.

The president has called the deforestation numbers fake news and repeatedly criticized the existence of protected lands, saying there are too many of them and that they prevent the country from profiting from its natural resources.

“Brazil lives from commodities,” Bolsonaro said on Monday. “What do we have here in addition to commodities? Do people not remember this? If the [commodities] business fails, it will be a disaster.”

Brazil’s Funai, a state agency that defends indigenous rights, said in a statement on Monday the most recent police report on Wajapi’s death showed no evidence of the “presence of an armed group” on his indigenous reservation at the time it occurred.

It said it was still investigating, however.

Bolsonaro on Monday said he was looking for a solution for artisanal miners, who critics say heavily pollute rivers and clear forests in their search for gold and other minerals.

“It’s my intention to regulate and legalize artisanal miners,” he said, adding he also wanted regulations to allow indigenous people to mine their reservations.

Reporting by Lissandra Paraguassu in Brasilia and Marcelo Rochabrun in Sao Paulo; Editing by Tom Brown