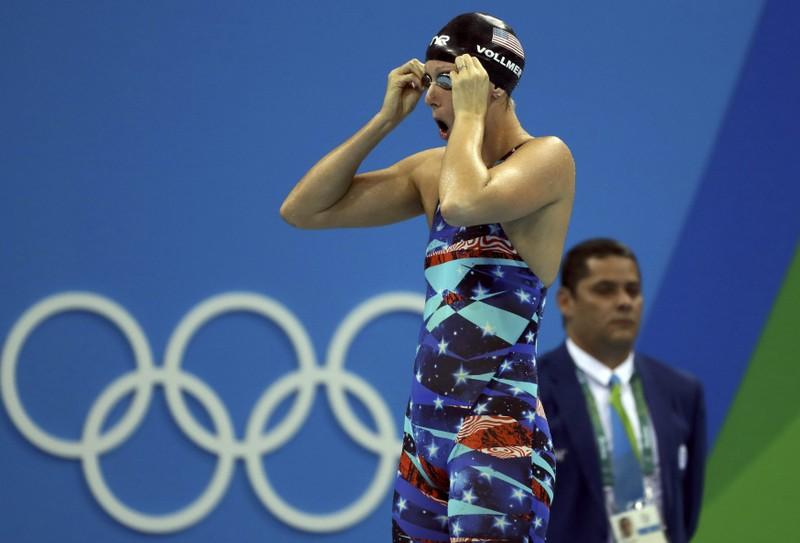 The 31-year-old Vollmer, who overcame heart surgery as a teenager to win gold at the 2004 Olympics and set a world record on the way to winning the 100m butterfly at the 2012 Games, said it was time to focus on new goals and opportunities.

“Over the years, sport and life fully merged, and the dance between sport experience and life experience enriched me in ways that I appreciate daily,” Vollmer wrote in a letter.

“But days only have so many hours and other parts of my life are asking for my time and attention. This week I am leaving elite level swimming. The 2019 National Championships will be my last swimming competition.”

Vollmer, who at the age of 12 was the youngest swimmer at the U.S. Olympic trials in 2000, made the Olympic team four years later and in Athens was a member of the gold-medal-winning, world-record-setting U.S. 4x200m freestyle relay team.

She competed at the 2016 Rio Games 18 months after giving birth and earned a medal of each color, including another 4x100m medley gold.

In her letter, Vollmer said there were times during her career when she struggled with body image, anxiety, depression and numerous injury setbacks and admitted there were occasions when she could have walked away from the sport but she was proud that she never did.

Vollmer, who previously expressed interest in training for the 2020 Tokyo Olympics, had a second child in 2017 and returned to competition last November but has struggled with injury.

“This is not letting go of a dream; it’s having the ambition to start a new one!” wrote Vollmer, who is entered only in Friday’s 100m butterfly at the national championships in Palo Alto, California.

“While it is sad to see this chapter of my life coming to a close, I do it with a full heart.”

Reporting by Frank Pingue in Toronto; editing by Clare Fallon