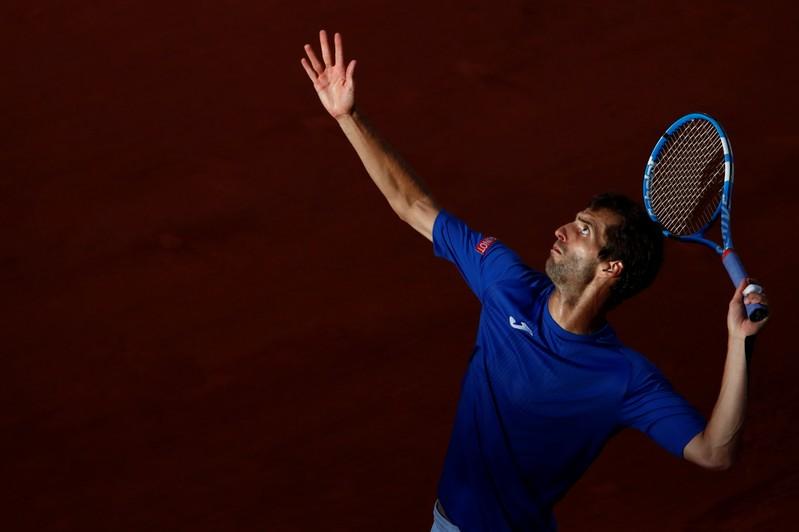 (Reuters) – Spain’s Albert Ramos-Vinolas eased past German Cedrik-Marcel Stebe 6-3 6-2 to win the second ATP title of his career at the Swiss Open on Sunday after not dropping a set at the clay court tournament all week.

The 31-year-old Ramos-Vinolas wrapped up his first triumph since winning in Bastad, Sweden, three years ago after both players’ patience was tested by a four-and-a-half hour delay to the start of the final because of persistent rain in Gstaad.

After the long wait, it was world number 455 Stebe who made the quicker start with a break of serve to begin the contest.

The 85th ranked Ramos-Vinolas, however, quickly found his groove and took a 4-2 lead when a Stebe forehand sailed wide to finish a lengthy game and earn him a second break.

Stebe was forced to play two matches on Saturday due to poor weather conditions earlier in the tournament and fatigue seemed to get the better of him in the final.

A backhand winner on the slide earned Ramos-Vinolas a break of serve in the opening game of the second set and he never looked back, wrapping up the win in an hour and 21 minutes.

“It was not easy because everybody said it was raining all day,” Ramos-Vinolas said afterwards.

“I said to my coach and my wife I was thinking I have to be ready because if it stops, you uncover the court and in 30 minutes you are on court.

Reporting by Hardik Vyas in Bengaluru; Editing by Ian Chadband