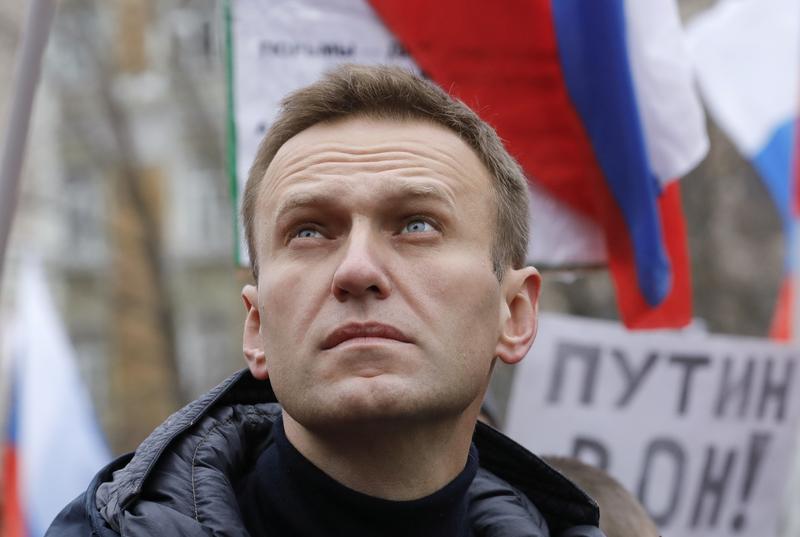 Navalny was jailed this week for 30 days for calling for an unauthorized march to protest against the exclusion of several opposition candidates from a local election later this year.

Authorities say the opposition candidates were barred because they failed to collect enough genuine signatures backing them, an allegation they reject as false.

Police rounded up more than 1,000 people in the Russian capital at the rally on Saturday in one of the biggest crackdowns in recent years against the opposition, drawing international criticism.

The spokeswoman of the U.S. embassy in Moscow, Andrea Kalan, wrote on Twitter on Sunday that the large number of detentions in Moscow and the “use of disproportionate police force undermine rights of citizens to participate in the democratic process”.

The Polish Foreign Ministry in a statement called on Russian authorities “to stop using force against peaceful demonstrations and to refrain from arbitrary detentions”.

Kira Yarmysh, Navalny’s spokeswoman, wrote on Twitter that he had been hospitalized on Sunday morning with “severe swelling of the face and skin redness”.

She said the cause of Navalny’s allergic reaction was unknown and that he had never suffered from such reactions in the past.

The Moscow hospital where Navalny’s spokeswoman said he was being treated could not immediately be reached for comment.

In a separate incident on Sunday, Russian activist Dmitry Gudkov, who was among the opposition candidates barred from running in local elections this year, said he had been detained and taken to a Moscow police station.

The reason for Gudkov’s detention was not immediately clear, his spokesman Alexei Obukhov told Reuters.

Russia’s Interior Ministry did not respond to a request for comment on Navalny and Gudkov’s detention.

Obukhov said Gudkov, a former MP who challenged pro-Kremlin initiatives, had been detained as he walked out of a shop near his home, where he had been buying food for the protesters still being held.

The European Court of Human Rights last year ruled that Russia’s arrests and detention of Navalny in 2012 and 2014 were politically-motivated and breached his human rights, a ruling Moscow called questionable.