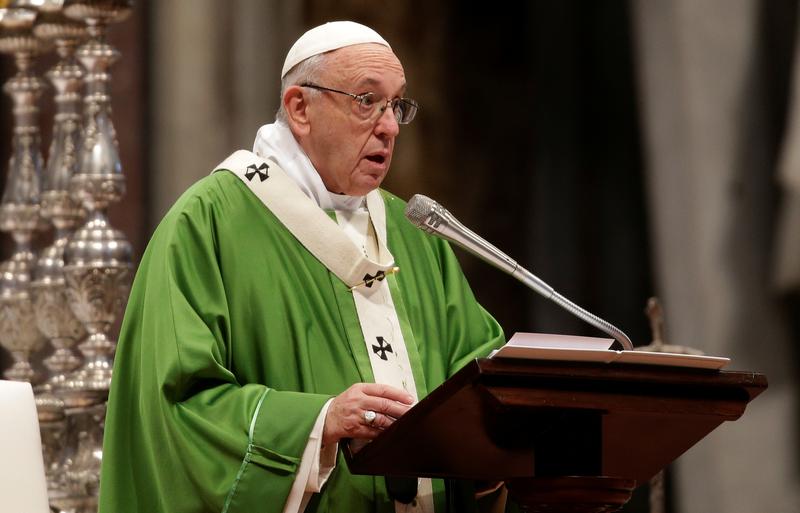 MILAN (Reuters) – Pope Francis on Sunday offered prayers for migrants who died in the Mediterranean Sea this week, in what the U.N. refugee agency called the worst shipwreck in the area this year.

Speaking to thousands of people gathered in St. Peter’s Square for his Sunday address, the pontiff expressed his sorrow and asked the worshippers to join him in a prayer for the dozens of migrants who died trying to reach Europe. “I learned with pain the news of the dramatic shipwreck that happened in recent days in the waters of the Mediterranean Sea, where dozens of migrants, including women and children, lost their lives,” Francis said.

The pope appealed to the international community to act promptly to guarantee safety and dignity for all. Fifty-five bodies have been recovered so far off the Libyan coast, an aid worker said on Saturday, after a wooden boat carrying hundreds of migrants capsized on Thursday.It was unclear how many were on board and how many were still missing and feared drowned after what the U.N. refugee agency UNHCR described as “the worst Mediterranean tragedy of this year”.The Libyan navy on Thursday put the number of migrants on board at 250. The UNHCR said up to 150 were feared dead.